J&J turns its back on Capri­cor and its failed stem cell tech, tak­ing its mon­ey and rep with it

A lit­tle more than three years ago, J&J stepped up with a $12.5 mil­lion up­front to rent a front row seat on Capri­cor Ther­a­peu­tics’ $CAPR Phase II stem cell study, look­ing to see if their off-the-shelf ap­proach could mend a dam­aged heart. At the time, CEO Lin­da Mar­bán told me that it was well worth the year-long re­view ef­fort need­ed to bring the phar­ma gi­ant to the ta­ble, look­ing to roll ahead with $325 mil­lion in mile­stones. 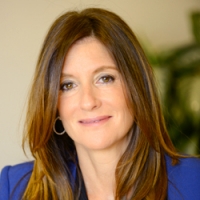 “It says, OK, some­body very large and pow­er­ful is tak­ing a look at this tech­nol­o­gy and say­ing there’s some­thing there, and that’s the most ex­cit­ing thing for me,” she not­ed.

Thurs­day evening, two months af­ter the biotech not­ed that their 142-pa­tient study was head­ed to fail­ure, J&J said they weren’t in­ter­est­ed. They washed their hands of the part­ner­ship, hand­ed back full rights, and walked away from the deal.

Capri­cor is left with a stock that has been ham­mered down to pen­ny stock size, look­ing to ral­ly in­vestors around a plan to shift fo­cus to Duchenne mus­cu­lar dy­s­tro­phy with a plan to use their stem cell tech to tamp down on the in­flam­ma­tion that wreaks hav­oc on boys. LA-based Capri­cor — which ini­tial­ly set out to test the po­ten­tial of tech­nol­o­gy Lin­da Mar­bán’s hus­band, Ed­uar­do Mar­bán, de­vel­oped at Johns Hop­kins — not­ed in May that it would be cut­ting its work force.

Even three years ago, it was clear that the big play­ers had a wan­ing in­ter­est in stem cells. Once the sub­ject of in­tense spec­u­la­tion, stem cells and the com­pa­nies that de­vel­op them have been shunt­ed aside as re­peat­ed stud­ies fell far short of ex­pec­ta­tions — par­tic­u­lar­ly in heart re­pair. The Cal­i­for­nia In­sti­tute for Re­gen­er­a­tive Med­i­cine, which pro­vid­ed sig­nif­i­cant sup­port to Capri­cor, has been left de­fend­ing a long track record with lit­tle to show for it. There has been some re­newed hope by Bay­er, a few Japan­ese play­ers, and some oth­ers, though, that the tech­nol­o­gy has pro­gressed to the point where the field can start to pro­duce suc­cess­es.

The CEO now says they can get start­ed with a Duchenne study in the sec­ond half. And Mar­bán isn’t giv­ing up. In a pre­pared state­ment, she said:

J&J turns its back on Capri­cor and its failed stem cell tech, tak­ing its mon­ey and rep with it