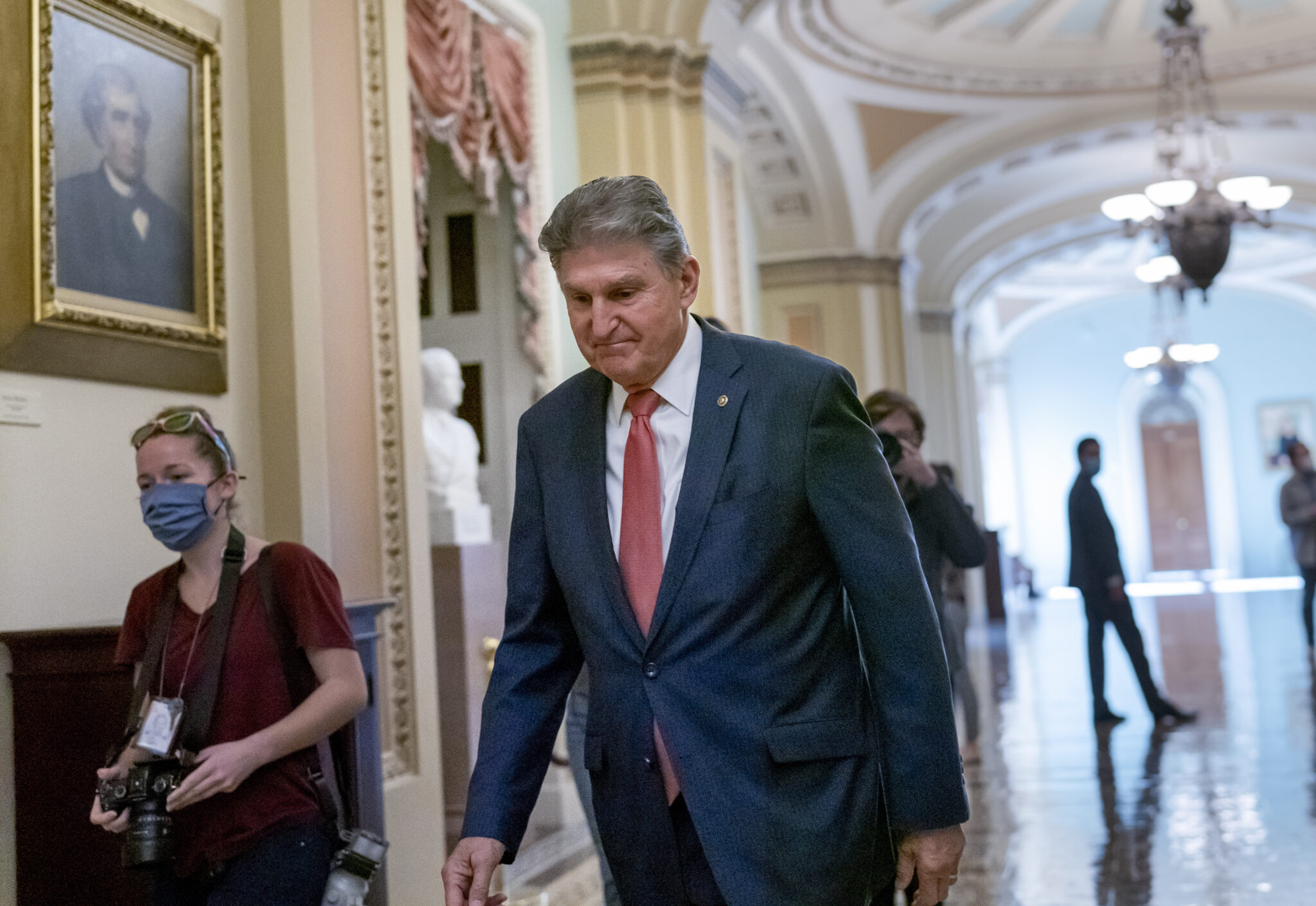 White House press sec­re­tary Jen Psa­ki, stunned by Manchin’s an­nounce­ment on Fox News, said in a state­ment: “Sen­a­tor Manchin claims that this change of po­si­tion is re­lat­ed to in­fla­tion, but the think tank he of­ten cites on Build Back Bet­ter — the Penn Whar­ton Bud­get In­sti­tute — is­sued a re­port less than 48 hours ago that not­ed the Build Back Bet­ter Act will have vir­tu­al­ly no im­pact on in­fla­tion in the short term, and, in the long run, the poli­cies it in­cludes will ease in­fla­tion­ary pres­sures.”

While the drug pric­ing pro­vi­sions in the bill may not have been the cause for the West Vir­ginia De­mo­c­rat’s de­ci­sion to rebel against his Dem peers, the an­nounce­ment puts in lim­bo not on­ly Medicare ne­go­ti­a­tions, but a cap on in­sulin costs at $35 per month, a cap on se­niors’ out-of-pock­et drug spend­ing at $2,000 per year, and oth­er pro­vi­sions like boost­ing Oba­macare sub­si­dies and clos­ing the Med­ic­aid gap in 12 states.

Sen­ate Ma­jor­i­ty Leader Chuck Schumer (D-NY) said Mon­day he would still hold a floor vote on the BB­BA ear­ly next year, but it’s un­like­ly to hit the 51 votes nec­es­sary for pas­sage with­out Manchin or any Re­pub­li­can sup­port.

And if De­moc­rats at­tempt to go the piece­meal route and push the drug pric­ing pro­vi­sions as a stand­alone bill, they’d like­ly need 60 votes to get there, mean­ing 10 Re­pub­li­cans would have to join them.

Sen. Ron Wyden (D-OR) on Sun­day quick­ly cob­bled to­geth­er a new frame­work for the BB­BA, in­clud­ing the drug pric­ing pro­vi­sions, hop­ing Manchin might be will­ing to budge. But Manchin, whose daugh­ter is the for­mer CEO of the gener­ics firm My­lan and who op­pos­es Biden’s nom­i­na­tion of Rob Califf as FDA com­mis­sion­er, didn’t of­fer any im­me­di­ate thoughts on the plan.

“Drug com­pa­nies have been mug­ging Amer­i­cans at the phar­ma­cy win­dow for too long, and there may not be an­oth­er op­por­tu­ni­ty any­time soon for De­moc­rats to put a stop to it. Fifty mil­lion se­niors in Medicare have a lot of bar­gain­ing pow­er, and it’s long past due to put it to use,” Wyden wrote.

For many strug­gling to af­ford their pre­scrip­tion drugs and in­sulin, time is of the essence.

Mindy Salan­go, a type 1 di­a­bet­ic from Mor­gan­town, WV, said in a state­ment, “With­out Build Back Bet­ter, di­a­bet­ics could still be forced to pay hun­dreds of dol­lars on in­sulin in­stead of just $35 per month. In the great­est coun­try in the world, we are not meant to beg and de­pend on the kind­ness of strangers in or­der to ob­tain in­sulin. This is ‘sur­vival of the rich­est’ and it must stop.”