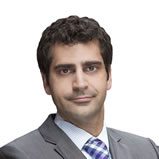 Now the in­flu­en­tial hedge fund man­ag­er has got a new biotech in his sights, and this morn­ing he’s pulling the trig­ger on an­oth­er short at­tack, blast­ing the com­pa­ny’s lead drug as an ab­solute fail­ure in the mak­ing.

The biotech is Prothena $PR­TA and the drug is NEOD001, an AL amy­loi­do­sis drug which fig­ures promi­nent­ly in a mar­ket cap that has swelled well past the $2 bil­lion mark.

Ac­cord­ing to Ker­ris­dale an­a­lysts, the Phase I/II study for this drug failed to show any promise. Point­ing to ex­pert — though un­named — fig­ures in the field, the da­ta from the loom­ing Phase IIb and Phase III stud­ies will prove the drug’s worth­less­ness be­yond any doubt.

“It’s clear that this has no chance of suc­cess,” Ad­ran­gi tells me. “Both stud­ies are go­ing to flop.”

Any ex­pec­ta­tions of suc­cess, they add, are built on ran­dom re­spons­es for the NT-proB­NP bio­mark­er that are like­ly to hap­pen at any time in any case.

To be sure, Ker­ris­dale’s mis­sion is clear here — and it’s al­so con­tro­ver­sial in a mar­ket that of­ten sin­gles out shorts for crit­i­cism. Hav­ing pre­dict­ed a cat­a­stro­phe in the clin­ic, it’s now bet­ting that Prothena’s shares will tank, and if it does they stand to prof­it enor­mous­ly. But in a field where anony­mous short at­tacks are a dime a dozen, Ker­ris­dale’s Ad­ran­gi goes pub­lic with his gam­bles, and the rea­sons why he’s gone on the of­fen­sive. They rep­re­sent the po­lar op­po­site of the sell-side notes, which of­ten gain wide­spread at­ten­tion for rosy sce­nar­ios.

Ker­ris­dale’s short re­ports — they al­so go long on oc­ca­sion — are typ­i­cal­ly harsh and Prothena is no ex­cep­tion. Some key points:

And they even go af­ter Neil Wood­ford, a backer who has al­so in­vest­ed in North­west Bio­ther­a­peu­tics, now trad­ing as a pen­ny stock.

Prothena re­cent­ly wrote off a pso­ri­a­sis drug af­ter a dis­ap­point­ing Phase Ib, blunt­ly call­ing the da­ta a dis­ap­point­ment. But Ad­ran­gi and his an­a­lyst say they had no choice in the mat­ter, call­ing it im­pos­si­ble to mask.