Pre­dict­ing which of the cur­rent block­busters will as­cend to new heights is any­one’s game, and one that high­lights the cur­rent dy­nam­ics of the in­dus­try. On Fri­day it’s Glob­al­Da­ta’s turn to pick out the ther­a­pies that it be­lieves will come out on top in some in­tense­ly com­pet­i­tive spaces.

Hu­mi­ra may still top the chart for best-sell­ing drugs in the world, but Keytru­da is set to over­take the shrink­ing fran­chise in around five years time — with four oth­er drugs set to get ahead of Ab­b­Vie’s biggest cash cow.

The $22.2 bil­lion es­ti­mate for Keytru­da is among the high­est num­ber put for­ward by an­a­lysts. Eval­u­ate pegged world­wide sales in 2024 at $17 bil­lion, while Mizuho’s Mara Gold­stein’s fore­cast was that it would sur­pass $20 bil­lion by then.

“It has re­ceived mar­ket ap­provals for over 20 on­col­o­gy in­di­ca­tions in the US, and is con­tin­u­ing to ex­pand in­to new in­di­ca­tions and mar­kets glob­al­ly,” she said in a state­ment. 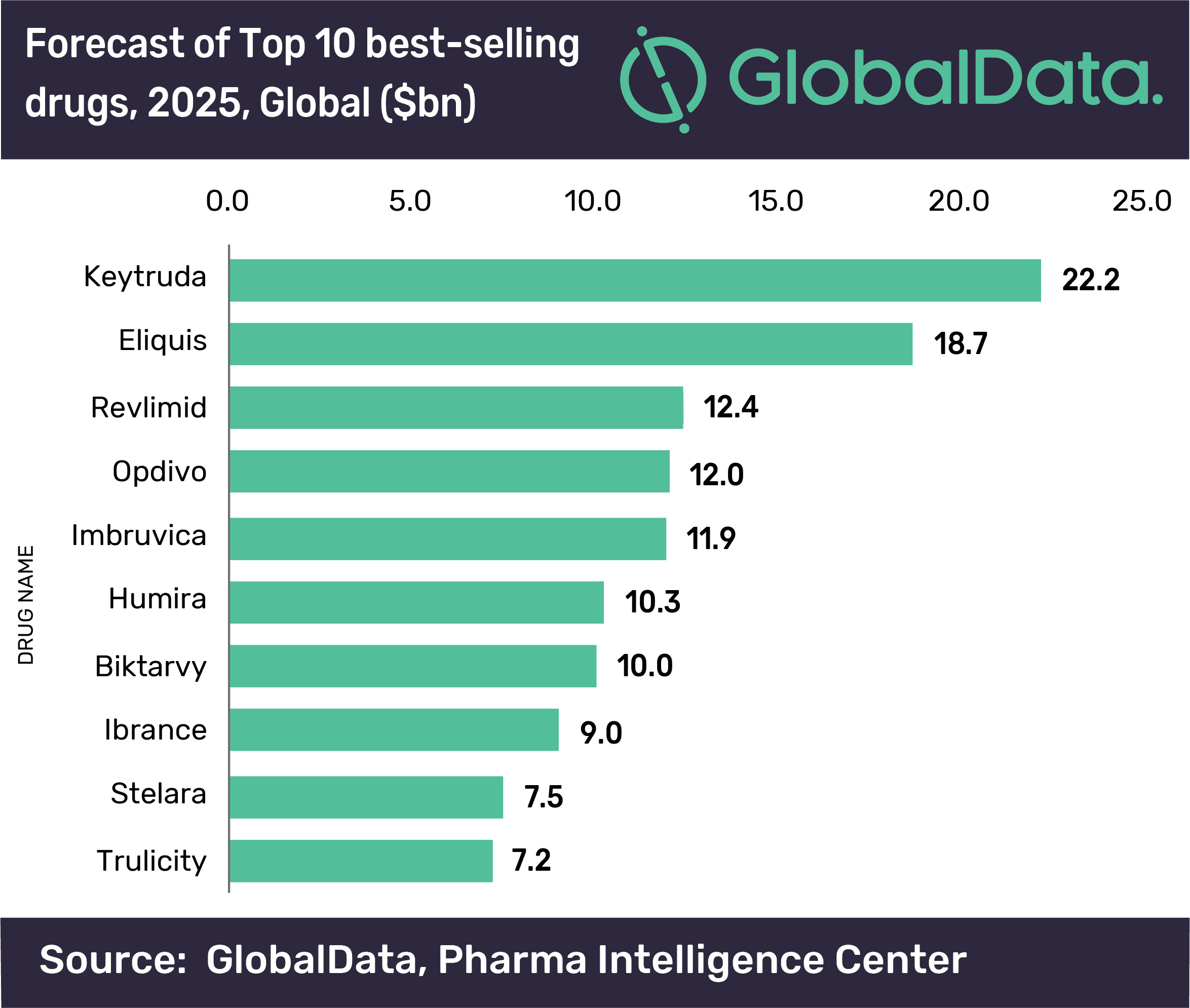