Af­ter dis­ap­point­ing in­vestors this year with slug­gish sales, the prospects for No­var­tis’ CAR-T ther­a­py Kym­ri­ah may be im­prov­ing. The FDA has hand­ed the phar­ma gi­ant its sec­ond ap­proval for the drug, the com­pa­ny said Tues­day af­ter­noon.

The drug, which was first ap­proved last Au­gust for pa­tients un­der 25 with B-cell pre­cur­sor acute lym­phoblas­tic leukemia, is now OK’ed to treat large B-cell lym­phoma. The can­cer must be re­lapsed or re­frac­to­ry, and the pa­tient must have gone through two or more lines of sys­temic ther­a­py first. 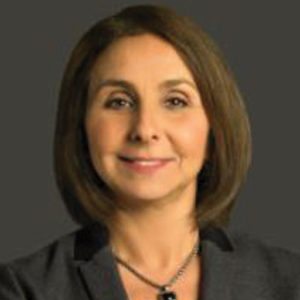 “To­day’s FDA ap­proval of Kym­ri­ah pro­vides an­oth­er op­por­tu­ni­ty for No­var­tis to build on its lead­er­ship in CAR-T de­vel­op­ment, de­liv­er­ing a po­ten­tial­ly trans­for­ma­tive ther­a­py with durable and sus­tained re­sponse rates and a well-char­ac­ter­ized safe­ty pro­file to help pa­tients in dire need of new treat­ment op­tions,” said Liz Bar­rett, CEO of No­var­tis On­col­o­gy, in a state­ment. “We look for­ward to lever­ag­ing all of our learn­ings and new ca­pa­bil­i­ties from the ini­tial launch of Kym­ri­ah in pe­di­atric and young adult B-cell ALL for this larg­er group of pa­tients.”

Kym­ri­ah was a bit of a dis­ap­point­ment to $NVS in­vestors when Q1 re­sults came out. In the first quar­ter of 2018, the treat­ment brought in $12 mil­lion, which is rough­ly four times be­low the sales need­ed to meet an­a­lyst ex­pec­ta­tions of around $159 mil­lion for the year.

The new ap­proval will add to that pa­tient pool and give in­vestors rea­son to hope for bet­ter sales fig­ures down the road.