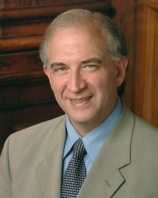 A low pro­file, small biotech named Neu­rotrope $NTRP teased out a pock­et of da­ta from a small Phase II Alzheimer’s study which its in­ves­ti­ga­tors her­ald­ed as ‘pos­i­tive.’

So why did its stock just plunge 53%?

Be­cause the study failed, like vir­tu­al­ly every­thing else that’s hap­pened in Alzheimer’s R&D over the last 15 years.

The num­ber of “com­pleters,” though, was so small, the im­prove­ment so low and the time the drug was test­ed was so short that the da­ta nev­er­the­less in­di­cat­ed that the gap — such as it was — could be the re­sult of chance.

That’s a failed study. But Neu­rotrope be­lieves that hint of ef­fi­ca­cy needs to be ex­plored in a larg­er tri­al — not the first time that’s hap­pened in Alzheimer’s.

In­vestors weren’t in a gen­er­ous mood, though. Big phar­ma has done a bat­tery of tests of var­i­ous new drugs. Roivant’s Ax­o­vant is one of the fur­thest along in the clin­ic, look­ing for da­ta be­fore the end of this year on an­oth­er drug aimed at pre­serv­ing cog­ni­tion which GSK had tried, and failed, with. And Bio­gen has one of the most close­ly watched drugs — ad­u­canum­ab — that looks to mod­i­fy the course of the dis­ease, which is now in late-stage tri­als.

Bil­lions have been spent on failed tri­als in Alzheimer’s. Neu­rotrope just added a small con­tri­bu­tion of their own, adding some big spin in the process.