DBV Tech­nolo­gies’ long and wind­ing saga with the FDA has end­ed — for now, at least — with a CRL for their peanut al­ler­gy skin patch.

The re­jec­tion comes 21 months af­ter the com­pa­ny first filed for ap­proval. At the time, the French biotech was in a two-way race with Cal­i­for­nia’s Aim­mune to pro­duce the first FDA-ap­proved treat­ment for peanut al­ler­gy. But since then Aim­mune cleared that hur­dle, while DBV, af­ter a with­draw­al and re­sub­mis­sion, in­di­cat­ed that com­mu­ni­ca­tion be­tween them and reg­u­la­tors had bro­ken down.  In June, the com­pa­ny be­gan cut­ting pro­grams and em­ploy­ees.

As de­tailed in DBV’s press re­lease, the con­cerns raised in the CRL may take more than a few months to rem­e­dy. On top of CMC is­sues, DBV said that the agency al­so had ques­tions about how the ad­he­sive­ness, or lack there­of, of their skin patch could af­fect ef­fi­ca­cy.  They want­ed DBV to mod­i­fy the patch and then con­duct a new hu­man fac­tor study and pro­vide new clin­i­cal da­ta. 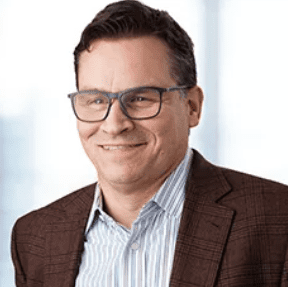 CEO Daniel Tassé struck a con­cil­ia­to­ry tone, adding they plan to meet with the FDA to dis­cuss re­sub­mis­sion be­fore up­dat­ing in­vestors. The com­pa­ny had €225.9 mil­lion – $266.4 mil­lion – in cash as of June 30. They did not in­di­cate how much run­way that gave them, but the re­struc­tur­ing plan ini­ti­at­ed in June was in­tend­ed to keep them sol­vent through the first quar­ter of 2021.

“We plan to ful­ly col­lab­o­rate with the FDA with re­gards to the out­stand­ing is­sues and be­lieve that the EPIT patch tech­nol­o­gy plat­form lends it­self well to po­ten­tial mod­i­fi­ca­tions to en­hance patch func­tion­al­i­ty,” he said in a state­ment, us­ing the brand­ed name for their patch tech­nol­o­gy.

DBV re-filed last Au­gust and the FDA ac­cept­ed the sub­mis­sion in Oc­to­ber, set­ting up an ad­vi­so­ry com­mit­tee hear­ing in May and a PDU­FA date in Au­gust. In March, though, DBV dis­closed the FDA had con­cerns that kids could eas­i­ly scratch off their patch, in­ter­fer­ing with its over­all ef­fi­ca­cy, and that the agency had can­celed their ad­vi­so­ry com­mit­tee hear­ing.

The com­pa­ny sub­mit­ted new da­ta to as­suage those con­cerns. In June, though, they an­nounced that they had yet to hear back from the FDA and, fac­ing the pos­si­bil­i­ty of re­jec­tion in Au­gust, were lay­ing off staff and cut­ting pro­grams to stay above wa­ter long-term.

The re­jec­tion means Aim­mune will have a clear path to take the peanut al­ler­gy mar­ket, but the com­pa­ny is fac­ing its own is­sues. They had planned ex­ten­sive train­ing ses­sions with al­ler­gists to help launch Pal­forzia, but Covid-19 stunt­ed those ef­forts. The com­pa­ny said last week they re­port­ed ze­ro Pal­forzia sales in Q2. Their stock is down to $13.60 from a post-ap­proval high of over $36 in Jan­u­ary, al­though Sko­r­ney is still con­fi­dent they’re worth far more.