The stock is fly­ing for Madri­gal Phar­ma­ceu­ti­cals fol­low­ing news that its fat­ty liv­er dis­ease drug suc­cess­ful­ly pared down liv­er fat in Phase II tri­als. Shares jumped more than 100% Wednes­day morn­ing as the Philadel­phia com­pa­ny preps to com­pete with ti­tans in the space. 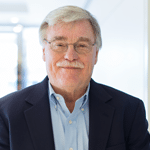 NASH, a chron­ic liv­er dis­ease caused by fat build-up in the liv­er, af­fects around 15 mil­lion peo­ple in the US. It can lead to fi­bro­sis, or scar­ring, in the liv­er, which can cause liv­er fail­ure and can­cer. The field is a big tar­get for the bio­phar­ma in­dus­try, and com­pa­nies like Madri­gal face ma­jor com­pe­ti­tion from the likes of Gilead, Al­ler­gan, Bris­tol-My­ers Squibb, and oth­ers.