With Covid-19 lock­ing down trav­el across the world, not even drug safe­ty reg­u­la­tors have been spared from cost­ly de­lays. For the FDA, whose in­spec­tion sched­ule keeps the trains on time for new mar­ket­ing ap­provals, those de­lays are con­tin­u­ing to prove cost­ly. 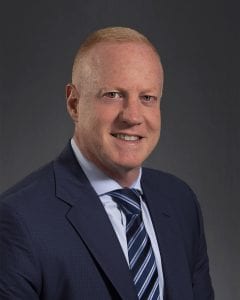 Mallinck­rodt tied the de­lay to “Covid-19 trav­el re­stric­tions” and said it had no hang-ups about its graft’s chances at an ap­proval.

“We are con­fi­dent in the ef­fi­ca­cy and safe­ty of Strat­a­Graft for the treat­ment of deep par­tial-thick­ness burns based on our piv­otal Phase 3 clin­i­cal tri­al re­sults,” CSO Steven Ro­mano said in a re­lease. “We plan to work close­ly with the FDA to com­plete the re­view and sched­ule its site in­spec­tion.”

With the pan­dem­ic con­tin­u­ing to rage, the FDA has been forced to pri­or­i­tize planned in­spec­tions for new drug ap­pli­ca­tions. Of­ten, that sys­tem has fa­vored drug­mak­ers with new mol­e­cules with a high clin­i­cal need and shoved to the side low­er-im­por­tance prod­ucts, par­tic­u­lar­ly in aes­thet­ics.

Lon­za af­ter the fact said the FDA’s de­lays didn’t give ei­ther com­pa­ny enough time to ad­dress any par­tic­u­lar man­u­fac­tur­ing is­sues, which are quite com­mon for CAR-Ts on the whole. Liso-cel was even­tu­al­ly ap­proved ear­li­er this month and will be mar­ket­ed as Breyanzi.

A cell therapy outfit in California that manufactures a human umbilical cord derived cellular product and exosome products is facing a warning from the FDA over several major observations related to quality.

The FDA notes the site’s “deficient donor screening practices, inadequate aseptic practices, unvalidated manufacturing,” and the “risk that your products may be contaminated with microorganisms or have other serious product quality defects.”