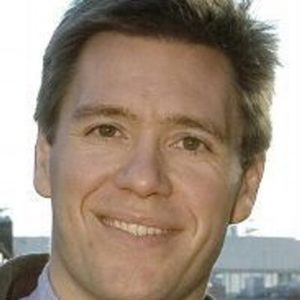 He is com­ing over from Sains­bury’s Ar­gos in the UK, which cred­it­ed him with their shift to on­line re­tail, the kind of ex­pe­ri­ence that will fit in well for the big drug sales op­er­a­tion. He al­so co-found­ed the so­cial net­work site brag­ster.com in Lon­don, which let peo­ple post videos of the things they want­ed to brag about or in re­sponse to a dare, win­ning brag­ging rights along the way. Guin­ness World Records bought out the com­pa­ny in 2010 and then fold­ed it af­ter an­ger­ing their most de­vot­ed fol­low­ers.

No­var­tis has been un­der­go­ing one of its reg­u­lar re­vamps, con­sol­i­dat­ing R&D and root­ing out old jobs in fa­vor of new tech­nolo­gies over the past year. The com­pa­ny has long had one of the most fee­ble me­dia groups in Big Phar­ma, though the Basel-based op­er­a­tion has scored a se­ries of suc­cess­es in the clin­ic and on the mar­ket.

I am very ex­cit­ed to be join­ing No­var­tis to play a part in its ef­forts to reimag­ine med­i­cine by lever­ag­ing dig­i­tal on be­half of mil­lions of pa­tients and prac­ti­tion­ers. While this will be one of the most im­por­tant and dis­rup­tive chal­lenges in the years to come No­var­tis, as a glob­al leader, is par­tic­u­lar­ly well po­si­tioned to dri­ve this, and have even greater and sus­tain­able im­pact on health­care world­wide.