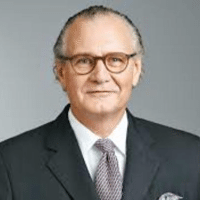 The biosim­i­lars busi­ness is just get­ting es­tab­lished, but the shake­out among a group of high-pow­ered ri­vals is al­ready tak­ing shape.

No­var­tis San­doz unit, Am­gen and Mer­ck/Sam­sung Bioepis have all mapped am­bi­tious plans of their own to fol­low up the first wave of biosim­i­lars in Eu­rope with a new line­up of knock­offs for the US mar­ket. Am­gen, for ex­am­ple, scored the first ap­proval of a biosim­i­lar of Hu­mi­ra, and the FDA has proven ea­ger to back a full la­bel on in­di­ca­tions af­ter a suc­cess­ful Phase II­II study in just one.

Ab­b­Vie, though, still re­lies on its flag­ship ther­a­py for sur­vival, and is vow­ing to wage a scorched earth le­gal cam­paign to keep con­trol of their fran­chise for years to come.

That com­bi­na­tion of ma­jor league play­ers crowd­ing in with com­pet­ing copy­cats along with a de­gree of un­cer­tain­ty in some cas­es on when a drug ac­tu­al­ly los­es pro­tec­tion has con­spired to get some com­pa­nies, like Mer­ck KGaA, to re­assess their po­si­tion and get out. Shire re­cent­ly bowed out of a pair of biosim­i­lar de­vel­op­ment deals, in­clud­ing one in­her­it­ed in its Bax­al­ta buy­out. And a big­ger shake­up will like­ly re­duce the num­ber of play­ers even more.

As Eli Lilly works to consolidate its internal and Loxo teams into an oncology powerhouse, the drug giant is putting high hopes on CDK 4/6 inhibitor Verzenio to help drive the portfolio into the future. Now, the drug has scored a paradigm-altering win in early breast cancer — but will a controversial companion diagnostic hamstring Lilly’s market plans?

The FDA on Wednesday approved CDK 4/6 inhibitor Verzenio in combination with physician’s-choice endocrine therapy to cut the risk of relapse in patients with high-risk HR-positive, HER2-negative breast cancer, Lilly said in a release.