Two and a half years af­ter launch, Mer­ck KGaA spin­out iOnc­tura is get­ting its first ma­jor round of fund­ing.

The on­col­o­gy start­up raised €15 mil­lion ($16.6 mil­lion) to put its lead drug in­to the clin­ic and get its sec­ond drug past IND-en­abling tests. INKEF Cap­i­tal and VI Part­ners co-led the round and were joined by the biotech’s long­time backer M Ven­tures, an arm of Mer­ck KGaA, and Schroder Ad­veq. 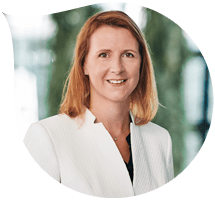 iOnc­tura’s strat­e­gy is fair­ly in­trigu­ing, at least on a con­cep­tu­al lev­el. It’s pick­ing small mol­e­cules that have the po­ten­tial for dual ac­tion. For in­stance, a drug with one ef­fect on the im­mune sys­tem and one ef­fect on the tu­mor it­self. Or a drug might have an ef­fect on can­cer and fi­bro­sis.

“Can­cer and fi­bro­sis are known as the wounds that nev­er heal,” Pick­er­ing said. “A lot of the mech­a­nisms for fi­bro­sis are shared with can­cer.”

The biotech hopes to show the mol­e­cule can both turn up an im­mune sys­tem at­tack (by turn­ing down im­muno­sup­pres­sion), and al­so di­rect­ly kill some tu­mor cells, which are de­pen­dent on PI3Kδ. That could make them good can­di­dates for a sol­id tu­mor drug.