Mer­ck was hit hard by a vi­cious cy­ber­at­tack yes­ter­day. Here is what we know.

Mer­ck had two pieces of un­ex­pect­ed news for bio­phar­ma yes­ter­day, but the com­pa­ny on­ly knew about one of them when the day start­ed.

We are in­ves­ti­gat­ing the mat­ter and will pro­vide ad­di­tion­al in­for­ma­tion as we learn more. (2 of 2)

The Wash­ing­ton Post re­ports Mer­ck em­ploy­ees were asked to dis­con­nect all mo­bile de­vices and “told not to in­ter­act with re­porters or post mes­sages on so­cial me­dia.” A com­pa­ny sci­en­tist who is not au­tho­rized to speak to the me­dia told the pa­per, “some peo­ple looked like they had their hard­ware wiped — it just shut down the whole net­work site.”

The Philadel­phia In­quir­er quotes an in­ter­nal email to em­ploy­ees which ex­horts: “Un­til fur­ther no­tice, do not ac­cess the com­pa­ny net­work from your home or of­fice. Use your mo­bile phone on cel­lu­lar net­works on­ly, mean­ing do not con­nect your phone via Mer­ck MSD WiFi.”

Per @Mer­ck source not au­tho­rized to speak to me­dia, em­ploy­ees be­ing told co is­nt a tar­get but a by­stander from Russ­ian hack on Ukraine $MRK 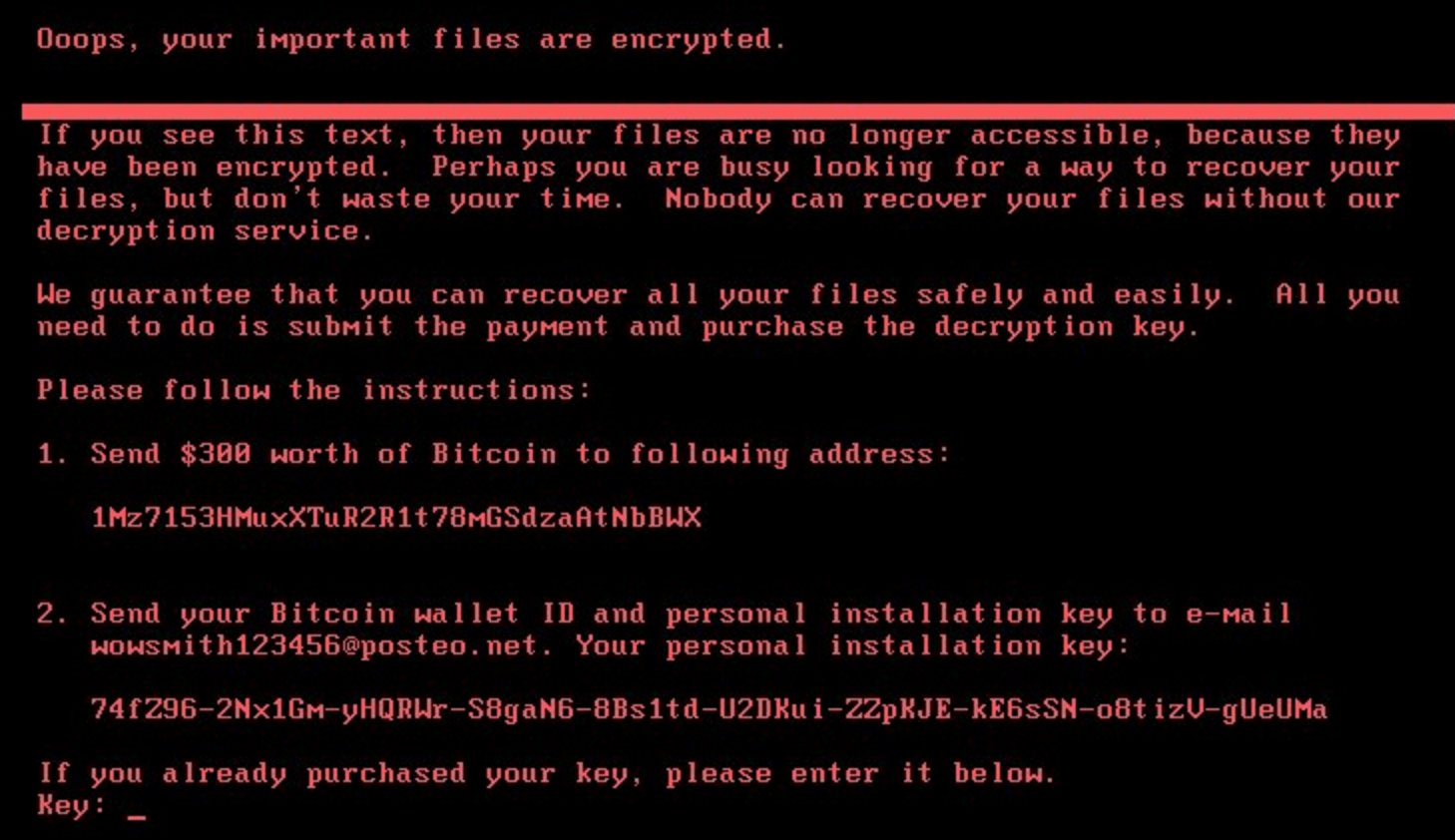 The screen that pops up on in­fect­ed com­put­ers. Source: Kreb­sOn­Se­cu­ri­ty

Se­cu­ri­ty con­scious com­pa­nies keep mul­ti­ple re­dun­dan­cies of their most pre­cious da­ta, which would pre­sum­ably pro­tect cen­tral­ly-lo­cat­ed da­ta housed in a com­pa­ny-owned cloud.  But that is far from cer­tain at this point. Da­ta on lo­cal hard dri­ves of in­di­vid­ual Win­dows com­put­ers are the on­ly thing we know for sure has been in­fect­ed by this virus. And even then, the da­ta could be re­cov­ered, but on­ly with a pass­word sup­plied by the thieves.

Mer­ck was hit hard by a vi­cious cy­ber­at­tack yes­ter­day. Here is what we know.