A lit­tle more than two months af­ter scor­ing the proof-of-con­cept da­ta that he was look­ing for, Joe Olive­to is steer­ing Mile­stone Phar­ma­ceu­ti­cals in­to a Phase III ef­fi­ca­cy study that will put their one and on­ly drug to a piv­otal test. And he has a $55 mil­lion round led by No­vo to pay for it. 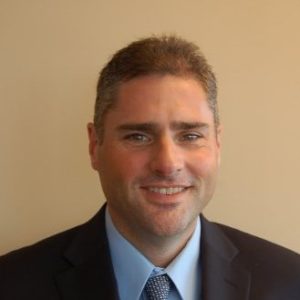 “It feels like you’re hav­ing a heart at­tack,” says the CEO, “then goes away” — of­ten by the time you get to the ER, leav­ing a mys­ti­fied group of doc­tors and nurs­es puz­zling it out.

Olive­to, though, es­ti­mates that about 1.5 to 2 mil­lion peo­ple have it in the US, though he freely ad­mits that is a rough ball­park fig­ure. Hos­pi­tal records can on­ly tell you so much about this.

Cur­rent­ly, one of the ways that this con­di­tion is treat­ed is through catheter ab­la­tion, where you use heat or cold to kill heart tis­sue. IV adeno­sine is used in the hos­pi­tal. At Mile­stone, they’re work­ing on a spray for­mu­la­tion of a short-act­ing cal­ci­um chan­nel block­er that can be ad­min­is­tered at home through a res­cue de­vice, much the way asth­mat­ics con­trol a sud­den at­tack.

Olive­to and the 10-mem­ber crew at Mile­stone took four dos­es in­to a Phase II study and came away with some dose-de­pen­dent re­spons­es on the top three.

Based on his talks with the FDA, Mile­stone reck­ons it can lim­it the Phase III ef­fi­ca­cy study to about 300 pa­tients, plan­ning to get start­ed late this year or ear­ly next and wrap it around mid-2019. At that point the com­pa­ny will need to look for more cash if it wants to go so­lo in­to the sep­a­rate safe­ty study that the FDA will re­quire for a car­dio ther­a­py like this.

Small team, sin­gle as­set biotech work­ing in the daunt­ing field of heart ther­a­pies sounds like a pro­file for a buy­out, if the cards fall the right way. Olive­to, who head­ed Chelsea Ther­a­peu­tics when the com­pa­ny was sold to Lund­beck in a $658 mil­lion deal, knows a bit about that top­ic. But he’s keep­ing his op­tions open, think­ing about new ven­ture cash or an IPO or … a sale.

Time will tell. In the mean­time, he al­so plans to start lay­ing the ground­work for mar­ket­ing.