The deal is with Boehringer’s Re­search Be­yond Bor­ders, an ini­tia­tive de­vot­ed to find­ing and part­ner­ing with new tech­nolo­gies, par­tic­u­lar­ly in Asia. It will give the Ger­man drug­mak­er ac­cess to a pair of In­sil­i­co plat­forms: their gen­er­a­tive AI soft­ware that dis­cov­ers new drug can­di­dates and their “Pan­domics” plat­form that pro­vides a host of bi­o­log­i­cal da­ta for any project. Fi­nan­cial terms were not dis­closed. 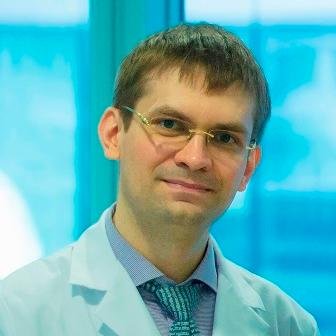 In the three years since In­sil­i­co’s Se­ries A, founder Alex Zha­voronkov has turned it in­to one of the more well-con­nect­ed AI biotechs around. The com­pa­ny’s web­site lists “over 150 aca­d­e­m­ic and in­dus­try col­lab­o­ra­tors.” Most of those have not been dis­closed, but Glax­o­SmithK­line was one of the first, ink­ing a drug dis­cov­ery, bio­mark­er de­vel­op­ment and ag­ing re­search deal in 2017. This past Oc­to­ber, they signed an up-to $200 mil­lion deal with Chi­na’s Jiang­su Chia Tai Feng­hai Phar­ma­ceu­ti­cal Co. And in Jan­u­ary, Pfiz­er joined with a deal sim­i­lar to Boehringer’s.

In Sep­tem­ber, In­sil­i­co grabbed head­lines with a Na­ture Biotech­nol­o­gy pa­per that showed how, in 21 days, their AI plat­form gen­er­at­ed a new, lab-val­i­dat­ed po­ten­tial ki­nase in­hibitor. The pa­per got trans­lat­ed in­to head­lines that In­sil­i­co “used AI to de­sign a drug in 21 days,” pro­vok­ing the ire of some sci­en­tists, who point­ed out the pa­per came far short of find­ing a new drug. In­stead, it was a proof-of-con­cept that showed their plat­form could quick­ly gen­er­ate thou­sands of mol­e­cules for a well-es­tab­lished drug tar­get, one of which had some ef­fects in lab test­ing.

In­sil­i­co is one of many biotech star­tups that use AI al­go­rithms to screen mas­sive li­braries or gen­er­ate new mol­e­cules for es­tab­lished drug tar­gets. Oth­er star­tups – and there are now at least 200 –  use AI to find new tar­gets or new bio­mark­ers, among a long list of oth­er func­tions.