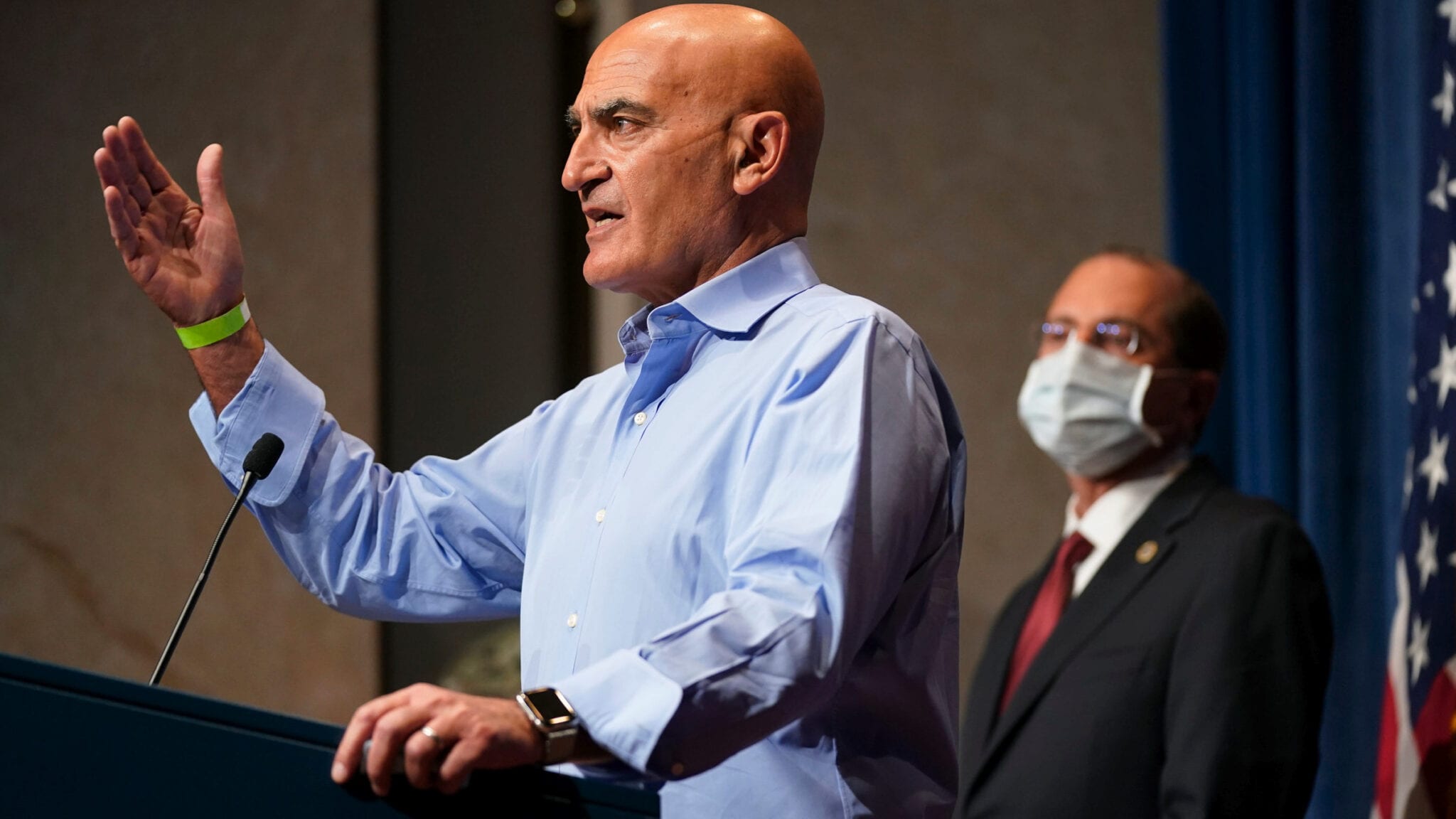 Medicxi had been Slaoui’s main pro­fes­sion­al home in the three years be­fore he took the sci­en­tif­ic lead in the Trump Ad­min­is­tra­tion’s Op­er­a­tion Warp Speed, help­ing com­pa­nies ac­cel­er­ate and scale the first wave of Covid-19 vac­cines. He took a po­si­tion there as a part­ner three months af­ter re­tir­ing as GSK’s R&D chief in 2017, most re­cent­ly help­ing them launch Centes­sa, a well-heeled biotech based off a sim­i­lar mod­el he set up with­in GSK. Slaoui stepped down from Centes­sa on Thurs­day.

Medicxi an­nounced Slaoui’s de­par­ture in a three-sen­tence state­ment Fri­day. “We would like to re-state that Medicxi’s val­ues are based on re­spect, trust and team­work, and we are com­mit­ted to work­ing in an en­vi­ron­ment which re­flects such val­ues and cul­ture,” they wrote.

Slaoui had al­ready sig­naled he would leave Medicxi, writ­ing in a pub­lic apol­o­gy Wednes­day that he was “tak­ing a leave of ab­sence from my cur­rent pro­fes­sion­al re­spon­si­bil­i­ties ef­fec­tive im­me­di­ate­ly, to fo­cus on my fam­i­ly.”

GSK an­nounced Wednes­day morn­ing that they fired Slaoui from his po­si­tion as chair­man of the board of Gal­vani Bio­elec­tron­ics, a com­pa­ny ma­jor­i­ty owned by GSK. The British drug­mak­er  re­ceived a com­plaint in Feb­ru­ary, CEO Em­ma Walm­s­ley wrote in a memo to em­ploy­ees, and hired an out­side firm to launch an in­ves­ti­ga­tion, which ul­ti­mate­ly sub­stan­ti­at­ed the al­le­ga­tions.