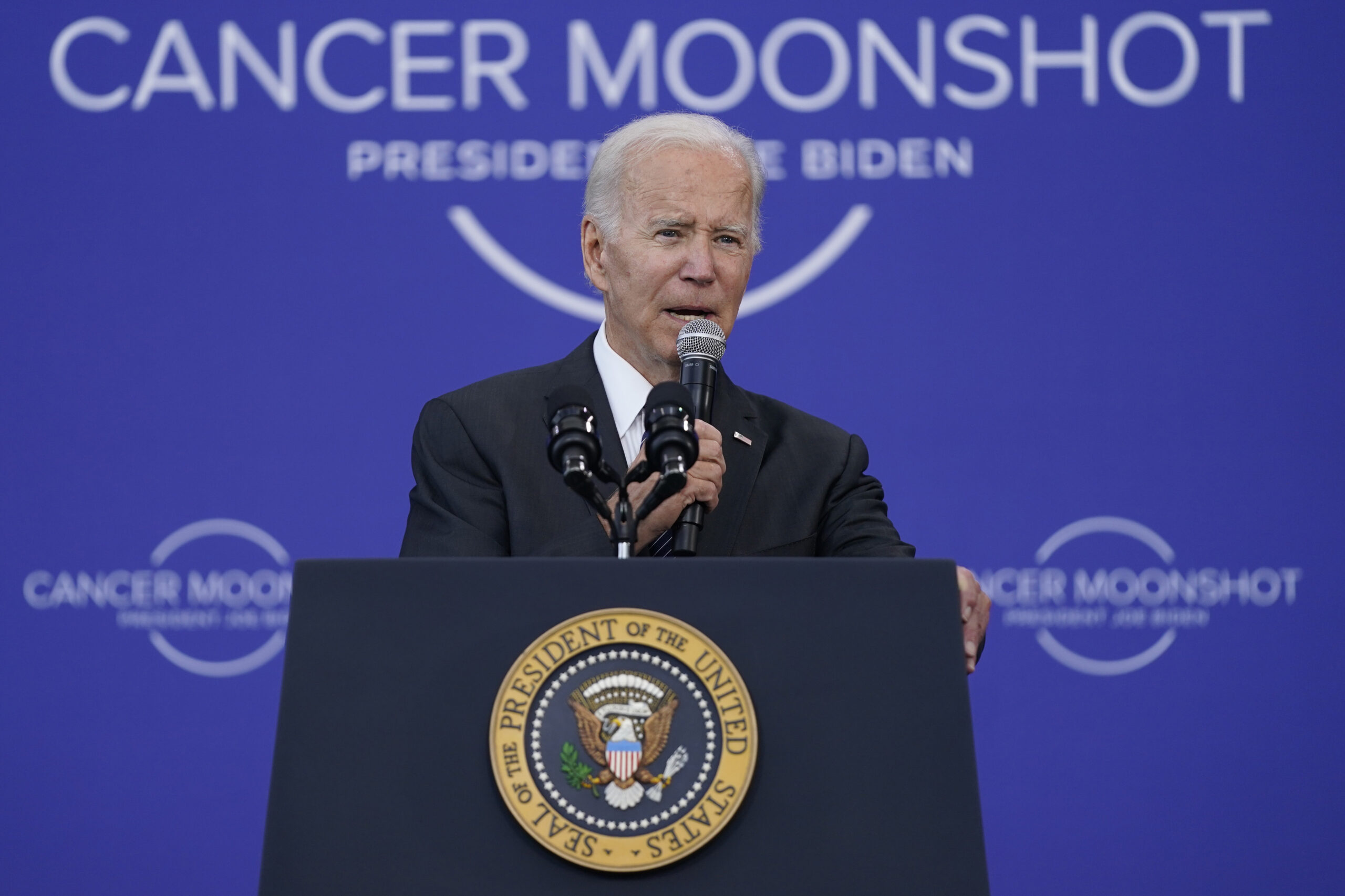 Pres­i­dent Joe Biden has long been an al­ly for the fight against can­cer, hav­ing lost his son Beau to an ag­gres­sive brain can­cer in 2015, af­ter which he launched the first Can­cer Moon­shot pro­gram in 2016 as VP.

On Mon­day, Biden looked to hit the re­set but­ton on the moon­shot pro­gram, an­nounc­ing a new goal to cut can­cer in the same way that for­mer Pres­i­dent John F. Kennedy pur­sued the moon, Biden said at the John F. Kennedy Pres­i­den­tial Li­brary and Mu­se­um in Boston.

Biden’s speech came ex­act­ly 60 years to the day af­ter Kennedy spoke at Rice Uni­ver­si­ty about send­ing the US to the moon, ex­plain­ing that as a na­tion in 1962,

“The goal is to cut can­cer death rates by at least 50 per­cent — at least 50 per­cent — in the next 25 years,” Biden said. “I’m call­ing on the pri­vate sec­tor to de­vel­op and test new treat­ments, make drugs more af­ford­able, share more da­ta and knowl­edge that can in­form the pub­lic and ben­e­fit every com­pa­ny’s re­search. And I’m re­spect­ful­ly call­ing on peo­ple liv­ing with can­cer, and care­givers and fam­i­lies, to keep shar­ing their ex­pe­ri­ence and push­ing for progress.”

And this now-re­vi­tal­ized Can­cer Moon­shot was in­fused re­cent­ly with a CDC check to the tune of $215 mil­lion as part of a 5-year, $1.1 bil­lion grant to fund the first year of three na­tion­al pro­grams es­tab­lished in the 1990s to im­prove can­cer pre­ven­tion, de­tec­tion, di­ag­no­sis and con­trol.

“With progress over the last 25 years, the death rate from can­cer has fall­en more than 25 per­cent,” Biden said Mon­day. “But de­spite the progress of lives ex­tend­ed, lives saved, can­cer is still the num­ber two cause of death in Amer­i­ca, sec­ond on­ly to heart dis­ease.”