For Mo­tif Bio, 2019 was go­ing to be all about the launch and roll­out of iclaprim. But a com­plete re­sponse let­ter from the FDA has shat­tered that dream and sent its stock crash­ing. 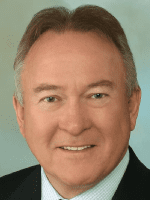 Mo­tif Bio, which end­ed up pick­ing up the drug, has since run two Phase III tri­als demon­strat­ing iclaprim’s non-in­fe­ri­or­i­ty com­pared to van­comycin among pa­tients with acute bac­te­r­i­al skin and skin struc­ture in­fec­tions.

The FDA, how­ev­er, re­mains leery about the safe­ty pro­file and are now re­quest­ing ad­di­tion­al da­ta to fur­ther eval­u­ate the risk for liv­er tox­i­c­i­ty, the com­pa­ny said.

When reached for com­ment, the com­pa­ny de­clined to elab­o­rate on the na­ture of reg­u­la­tors’ con­cern, or how long it might take to re­sub­mit an NDA. It did, how­ev­er, dis­close in its press re­lease that it had $12.3 mil­lion in cash and $15 mil­lion of debt at the end of last year — adding that it will need to raise cap­i­tal soon be­fore the mon­ey runs out in the sec­ond quar­ter.