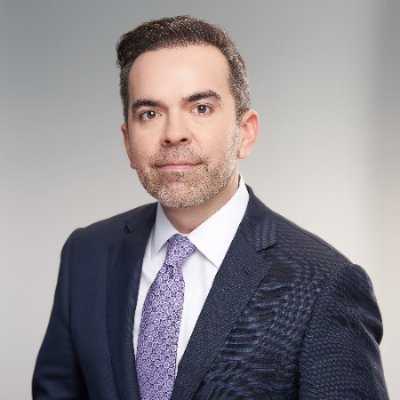 Just ahead of some new, more mus­cu­lar rules gov­ern­ing who can be a part of the in­dus­try lob­by­ing or­ga­ni­za­tion PhRMA, one of its most heav­i­ly crit­i­cized mem­bers is pulling out.

PhRMA con­firmed to me Wednes­day af­ter­noon that Mallinck­rodt — at the cen­ter of a lin­ger­ing drug pric­ing scan­dal — has re­signed from the trade group.

Just a few months ago, Mallinck­rodt agreed to pay a $100 mil­lion fine to re­solve a probe of the long, rather sor­did his­to­ry be­hind Ac­thar, an in­fan­tile spasm drug which cost $28,000 a vial when Mallinck­rodt picked it up in the $5.6 bil­lion ac­qui­si­tion of Quest­cor. Quest­cor had been jack­ing up the price on Ac­thar when it paid No­var­tis $135 mil­lion to gain US rights to a ther­a­py that posed a di­rect threat to its drug fran­chise. And Mallinck­rodt was forced to pay the fine for il­le­gal­ly main­tain­ing a drug mo­nop­oly — not the kind of sanc­tion PhRMA likes to see for mem­bers.

This was all play­ing out when Marathon Phar­ma­ceu­ti­cals grabbed an FDA ap­proval for an old steroid, de­flaza­cort, specif­i­cal­ly for Duchenne mus­cu­lar dy­s­tro­phy and priced the ther­a­py — avail­able from UK sources at around $1,000 a year — at $89,000. Marathon CEO Jeff Aronin, who still sits on PhRMA’s board, ducked low when a con­tro­ver­sy burst out over the price as well as ques­tion­able claims about what it spent on re­search­ing the steroid and lat­er sold de­flaza­cort to PTC Ther­a­peu­tics for $140 mil­lion, plus a roy­al­ty stream and a po­ten­tial $50 mil­lion mile­stone. 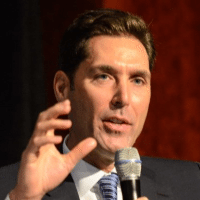 PhRMA, mean­while, was rolling out a mul­ti­mil­lion dol­lar ad cam­paign aimed at im­prov­ing pub­lic opin­ion about drug­mak­ers. The pub­lic has reg­is­tered on­ly no­to­ri­ous­ly low sup­port for phar­ma com­pa­nies over­all. The group launched a re­view of its mem­ber­ship rules, sug­gest­ing that Marathon and oth­ers might not stay mem­bers once they tight­ened the cri­te­ria for join­ing, clear­ly pre­fer­ring to stick with big play­ers who tra­di­tion­al­ly in­vest heav­i­ly in R&D.

Mallinck­rodt rou­tine­ly eval­u­ates its en­gage­ment in trade as­so­ci­a­tions and pol­i­cy or­ga­ni­za­tions and has con­clud­ed that the sig­nif­i­cant fi­nan­cial and time com­mit­ment re­quired as a full PhRMA mem­ber out­weighs its di­rect pol­i­cy val­ue to us at this time, giv­en our present size and staff foot­print. We con­tin­ue to sub­scribe to the PhRMA Code of Con­duct, sup­port many of the group’s po­si­tions and ini­tia­tives and look for­ward to con­tin­u­ing our pos­i­tive work­ing re­la­tion­ship with PhRMA and its mem­bers.

Mallinck­rodt was singing a dif­fer­ent tune when they joined in ear­ly 2015.

“We are proud to be sit­ting at the same ta­ble as most of the top in­no­v­a­tive phar­ma­ceu­ti­cal com­pa­nies in the world, which puts us in a po­si­tion to help shape our in­dus­try in a way that sup­ports pa­tients and providers for the com­ing decades,” said Mark Tyn­dall, Vice Pres­i­dent of Gov­ern­ment Af­fairs, Pol­i­cy and Ad­vo­ca­cy, at the time.