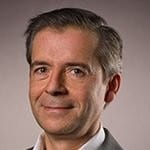 “While there is still a 52-week fol­low-up, we be­lieve that these 12-week re­sults sig­nif­i­cant­ly lessen the com­pet­i­tive threat of se­ladel­par in NASH. Hence, by less­en­ing the com­pet­i­tive threat, we be­lieve these re­sults should ben­e­fit In­ter­cept, as OCA re­mains the on­ly med­ica­tion to show a ben­e­fit on fi­bro­sis in a Phase 3 tri­al. While OCA has some is­sues of its own, we think it is no­table that one of those is NOT a failed ran­dom­ized, place­bo con­trolled study,” Baird’s Bri­an Sko­r­ney wrote in a note.

On Tues­day morn­ing, shares of Gen­fit $GN­FT — that re­cent­ly made its Nas­daq de­but — were al­so down about 15% at $20.37. The move­ment like­ly re­flects in­vestors tak­ing the CymaBay da­ta as ev­i­dence against the ef­fi­ca­cy of Gen­fit’s elafi­bra­nor, Sko­r­ney not­ed. “We think this move is some­what un­jus­ti­fied…the two med­ica­tions were thought to have dif­fer­en­ti­at­ed mech­a­nisms of ac­tion, it seems that this may not be the case, as se­ladel­par’s da­ta sug­gest that the med­ica­tion does not re­duce liv­er fat, which is sim­i­lar to what we have seen from ear­li­er tri­als of elafi­bra­nor.”

How­ev­er, as a con­se­quence of the new CymaBay da­ta, the two PPAR ag­o­nists now look more sim­i­lar than dif­fer­ent, he said. “CymaBay may be at a sig­nif­i­cant dis­ad­van­tage mov­ing for­ward as we be­lieve that even if PPAR ag­o­nism is suc­cess­ful in Gen­fit’s Phase 3 tri­al, with­out any clear signs of dif­fer­en­ti­a­tion, CymaBay may have an up­hill bat­tle as they work to catch up to Gen­fit in NASH. If elafi­bra­nor fails in NASH, it would prob­a­bly be pre­dic­tive of the out­come of se­ladel­par in NASH. Ei­ther way, we think this makes the PPAR class, as a whole, look like a less sig­nif­i­cant com­pet­i­tive threat to OCA.”