The com­pa­ny an­nounced the Se­ries B round last week, which will fund equip­ment in a new build­ing ex­pect­ed to open in 2023, ac­cord­ing to CEO Jenn Adams. It was led by Oak HC/FT, the same firm that led Au­gust’s Se­ries A round in Ju­ly 2020. 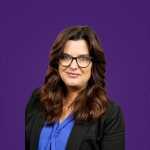 Au­gust Bioser­vices, a pro­duc­er of ma­te­ri­als such as pre­filled sy­ringes, IV bags and vials, was formed back in 2020 af­ter the ac­qui­si­tion of PMI Bio­Phar­ma So­lu­tions, al­so based in Nashville. Adams said the goal was to build a busi­ness that could “ad­dress the scarci­ty of sup­ply rel­a­tive to ster­ile in­jectable man­u­fac­tur­ing based in the US” and pro­vide a broad range of man­u­fac­tur­ing ser­vices.

The ini­tial cap­i­tal that came along with the ac­qui­si­tion was used to ren­o­vate Au­gust’s fa­cil­i­ty and plan for the con­struc­tion of an­oth­er build­ing. Con­struc­tion is now un­der­way, and Au­gust or­dered equip­ment for the first fill­ing suite a year and a half ago. That suite and the new build­ing are ex­pect­ed to open in 2023.

Adams added that Au­gust has plans to grow its head­count. The com­pa­ny cur­rent­ly has around 120 em­ploy­ees and plans to bring on more by the end of the year, even­tu­al­ly reach­ing 250 by 2026.

As Au­gust is in a pe­ri­od of growth, Adams not­ed that its team and ex­per­tise set it apart from the pack.

Ster­ile in­jectable man­u­fac­tur­ing … just the na­ture of it is com­plex. And the equip­ment and fa­cil­i­ties re­quire­ments are spe­cif­ic, and I think, some­times an un­der­rec­og­nized re­quire­ment of ster­ile in­jectable man­u­fac­tur­ing is the tech­ni­cal ex­per­tise of the team. So, we’ve fo­cused a lot of at­ten­tion and made sig­nif­i­cant in­vest­ments and it’s not just the num­ber of in­cre­men­tal jobs that we’re cre­at­ing, but it’s the tech­ni­cal ex­per­tise of the em­ploy­ees that we’re hir­ing. We view that as a dif­fer­en­tia­tor for us.