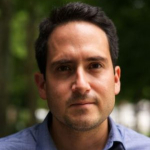 The ad­di­tion of Bedoya to the FTC could not on­ly spell more trou­ble for bio­phar­ma M&A ac­tiv­i­ty, as he may align with his De­mo­c­rat part­ners to break the FTC ties, but it may al­so mean that FTC Chair Lina Khan has what she needs to move for­ward on a study around the phar­ma mid­dle­men known as phar­ma­cy ben­e­fit man­agers.

The FTC was pre­vi­ous­ly dead­locked, with a 2-2 vote from last Feb­ru­ary, re­gard­ing the need for such a study (mean­ing it did not move for­ward), al­though many in and around the phar­ma­cy world raised con­cerns at that meet­ing.

The top three PBMs — CVS Care­mark, Ex­press Scripts and Op­tum­RX — con­trol 80% of the PBM mar­ket, in­clude three of the four largest US phar­ma­cies by pre­scrip­tion drug rev­enue, and are ei­ther owned by or own in­sur­ance com­pa­nies.

A clos­er look in­to some of these PBM pric­ing games shows how they can con­trol mar­kets, and use an­ti-com­pet­i­tive tac­tics, like fa­vor­ing brand-name drugs when gener­ics are avail­able, to boost their own bot­tom lines.

When the $10K brand name drug is more af­ford­able than its $450 gen­er­ic: How PBMs con­trol the sys­tem

But it re­mains un­known if Khan will push for­ward with her cur­rent plan for a PBM study, with just the three De­mo­c­rat votes, or try to win over the two oth­er FTC com­mis­sion­ers with a new PBM study plan.

Pre­vi­ous­ly, FTC com­mis­sion­ers Noah Phillips and Chris­tine Wil­son, who vot­ed against con­duct­ing the FTC study on PBMs but re­mained open to such a study, claimed that that cur­rent plan un­der Khan to study PBMs was not de­signed to in­ves­ti­gate their com­pet­i­tive ef­fects, and it’s not clear this study would re­veal any­thing about pa­tients’ out-of-pock­et costs.

Pri­or to join­ing the FTC, Bedoya was the found­ing di­rec­tor of the Cen­ter on Pri­va­cy & Tech­nol­o­gy at George­town Uni­ver­si­ty Law Cen­ter, where he is cur­rent­ly a vis­it­ing pro­fes­sor of law.