The drug, erenum­ab, is sold as Aimovig in the Unit­ed States by No­var­tis and part­ner Am­gen $AMGN. It forms part of a new crop of bi­o­log­ics tar­get­ing the CGRP pro­tein that trans­mits pain sig­nals in­to the brain, and is con­sid­ered in­stru­men­tal in gen­er­at­ing and main­tain­ing headaches as­so­ci­at­ed with mi­graine. Erenum­ab costs around £5,000 (about $6368) per year, ex­clud­ing a con­fi­den­tial dis­count that would have been grant­ed to Eng­land’s na­tion­al health ser­vice (NHS) had NICE rec­om­mend­ed the drug.

In its re­port, NICE ac­knowl­edged that al­though the drug is a clin­i­cal­ly ef­fec­tive treat­ment, the to­tal­i­ty of the da­ta sup­port­ing the med­i­cine did not in­clude all “rel­e­vant” com­par­isons against ex­ist­ing drugs and out­comes, which prompt­ed its re­jec­tion for NHS use. 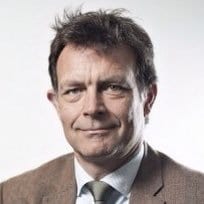 No­var­tis pledged to work with NICE to ad­dress the agency’s ques­tions, but sug­gest­ed the watch­dog had not cap­tured the broad­er so­ci­etal im­pact of its med­i­cine.