The fairy tale sto­ry at Cona­tus Phar­ma­ceu­ti­cals has tak­en a nasty twist.

A lit­tle more than a year af­ter phar­ma gi­ant No­var­tis stepped in with an up­front pay­ment to bag li­cens­ing rights to its liv­er drug that was as big as the biotech’s mar­ket cap, their first Phase IIb tri­al for liv­er dis­ease failed the pri­ma­ry end­point. And their stock price $CNAT im­me­di­ate­ly tanked, plung­ing 34%. 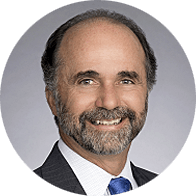 That’s clear­ly not what the San Diego-based biotech was look­ing for when they start­ed the POLT-HCV-SVR tri­al about 4 years ago. No­var­tis pro­vid­ed a $50 mil­lion up­front, agreed to pay half of the Phase IIb costs for part of the over­all pro­gram and said it would pro­vide an­oth­er $7 mil­lion if it de­cid­ed to ex­er­cise its op­tion in the deal.

Ac­cord­ing to an SEC fil­ing at the time, No­var­tis al­so said it would pro­vide up to $650 mil­lion in mile­stones for the work, which in­cludes two oth­er Phase IIb tri­als. No­var­tis is look­ing for drugs it can com­bine with an in­ter­nal Far­ne­soid X re­cep­tor (FXR) ag­o­nist in clin­i­cal de­vel­op­ment for NASH. The phar­ma gi­ant is al­so on the hook to ex­e­cute Phase III, if it choos­es to move ahead.