No­var­tis isn’t mess­ing around with CAR-T, and it has a promis­ing next-gen ther­a­py to help prove it

The cen­ter ring at AS­CO this week­end will fea­ture CTL019, No­var­tis’ lead CAR-T that ap­pears to be head­ed to a land­mark ap­proval in a mat­ter of months. But the phar­ma gi­ant will al­so be putting the spot­light on a next-gen CAR-T ther­a­py — CTL119 — with a com­pelling glimpse at its promise of im­prov­ing reengi­neered cells’ per­sis­tence, amp­ing up their ther­a­peu­tic po­ten­tial.

This new mod­el CAR is made with a hu­man­ized CAR pro­tein with, pre­sum­ably, greater affin­i­ty to hu­man pro­teins than the mouse pro­teins used in the first wave of CARs built at the Uni­ver­si­ty of Penn­syl­va­nia.

Af­ter three months, 8 of 9 evalu­able pa­tients were free of any sign of can­cer in their bone mar­row. The 9th had a par­tial re­sponse. 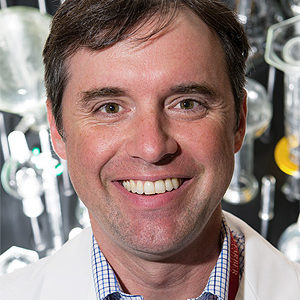 No­var­tis made one of the biggest splash­es when it jumped in­to CAR-T — reengi­neer­ing pa­tients’ im­mune cells to at­tack can­cer cells — with Carl June and his col­leagues at Penn. And the Big Phar­ma play­er stunned the on­col­o­gy field last sum­mer when it abrupt­ly shred­ded a sep­a­rate cell and gene ther­a­py unit — lay­ing off more than 100 and rein­te­grat­ing the work back in­to the broad­er R&D or­ga­ni­za­tion. To many, in­clud­ing mem­bers of its own team, that move —fol­lowed by a re­cent de­fec­tion in the new team in charge of CAR-T — looked like a re­treat amid con­sid­er­able dis­ar­ray.

No­var­tis isn’t mess­ing around with CAR-T, and it has a promis­ing next-gen ther­a­py to help prove it