Just days ahead of Vas Narasimhan’s jump in­to the CEO’s spot, No­var­tis has swooped in with a $170 mil­lion deal to grab ex-US rights on Spark Ther­a­peu­tics’ Lux­tur­na, the first true gene ther­a­py to get a US ap­proval.

The phar­ma gi­ant is pay­ing $105 mil­lion in cash and putting an­oth­er $65 mil­lion on the ta­ble for near-term Eu­ro­pean reg­u­la­to­ry mile­stones. Spark $ONCE al­so qual­i­fies for a roy­al­ty stream on ex-US sales.

No­var­tis will be spear­head­ing a com­mer­cial op­er­a­tion in Eu­rope that fol­lows the tracks of two oth­er ap­proved gene ther­a­pies which have on­ly man­aged to reach a hand­ful of pa­tients. And it faces some steep com­mer­cial bar­ri­ers for a ther­a­py that’s been priced at $850,000 — $425,000 per eye — in the US. Narasimhan, though, has put a big pre­mi­um on play­ing a lead­ing role in de­vel­op­ing and mar­ket­ing cell and gene ther­a­pies in key mar­kets. 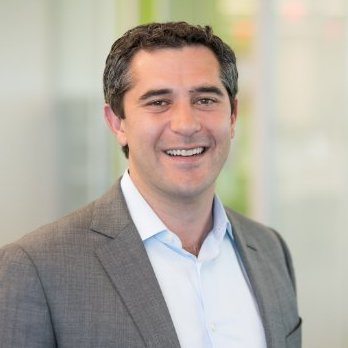 The WAC price for Lux­tur­na in the US falls to­ward the high­er end of an­a­lysts’ bets, which ranged from about $600,000 to just un­der the $1 mil­lion mark for what’s in­tend­ed as a one-time treat­ment for the rare, sight-steal­ing ge­net­ic con­di­tion. Now the high­est priced ther­a­py in the coun­try — out­pac­ing drugs like Spin­raza at $750,000 for the first year of ther­a­py — it fell on Spark to come up with the right pric­ing mod­el that can per­suade pay­ers to cov­er the pro­ce­dure for a tiny group of un­der 2,000 po­ten­tial pa­tients, with few­er than 20 new pa­tients per year.

No­var­tis’ re­sources and com­mer­cial ex­per­tise will not be able to over­come the main short­com­ing with Lux­tur­na pro­gram: an ad­dress­able pop­u­la­tion that is sim­ply too small to gen­er­ate mean­ing­ful val­ue.

No­var­tis will al­so face a group of sin­gle pay­er op­er­a­tions with con­sid­er­able lever­age over pric­ing, typ­i­cal­ly well un­der US rates.

New research shows Medicare could have saved 5% between 2018-2020, if the Inflation Reduction Act had been passed in 2018 and Medicare started using the law’s price negotiation authority.