This was the year that the old man­age­ment team at Te­va once con­fi­dent­ly pre­dict­ed that its lead drug laquin­i­mod would be ap­proved for mul­ti­ple scle­ro­sis. In­stead, it’s time for the new ex­ec­u­tive team at the com­pa­ny to fi­nal­ly sound taps for a drug that of­fered some in­trigu­ing sig­nals of ef­fi­ca­cy but failed one cru­cial pri­ma­ry end­point af­ter the next. 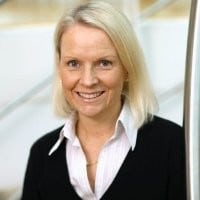 Ac­tive Biotech, the Swedish com­pa­ny that out-li­censed the drug to Te­va 14 years ago for clin­i­cal de­vel­op­ment, put out a note this morn­ing that Te­va had re­turned all rights to the drug, which flopped in mul­ti­ple Phase III stud­ies for pro­gres­sive and re­laps­ing/re­mit­ting MS as well as a mid-stage tri­al for Hunt­ing­ton’s dis­ease. The last fail­ure was record­ed just a few weeks ago.

Ac­tive Biotech ex­ecs — who saw their bat­tered stock $AC­TI slide 7% this morn­ing — plan to study the sit­u­a­tion, hold­ing up the drug’s suc­cess on a sec­ondary end­point as rea­son to con­tin­ue to be­lieve this drug is still worth pur­su­ing in the clin­ic.