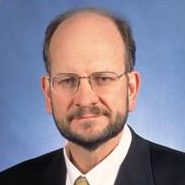 For Mer­ck, which has hun­dreds of tri­als run­ning around Keytru­da, the fo­cus now shifts to KEYNOTE-062, a Phase III clin­i­cal tri­al study­ing Keytru­da as a monother­a­py or in com­bi­na­tion with chemother­a­py as first-line treat­ment for pa­tients with PD-L1 pos­i­tive ad­vanced gas­tric or gas­troe­sophageal junc­tion can­cer. There is al­so KEYNOTE-585, a Phase III tri­al study­ing Keytru­da (pem­brolizum­ab) in com­bi­na­tion with chemother­a­py in a neoad­ju­vant/ad­ju­vant set­ting.

Mer­ck has been steadi­ly gain­ing mar­ket ground on Bris­tol-My­ers Squibb $BMY, the leader in check­points, af­ter a string of suc­cess­ful tri­als for lung can­cer. Bris­tol-My­ers Squibb al­so has third-line ap­proval for Op­di­vo in gas­tric can­cer, in in­di­ca­tion which just days ago de­feat­ed a Phase III mount­ed by Baven­cio from Pfiz­er and Mer­ck KGaA. Baven­cio was test­ed against chemo rather than a place­bo.

“We re­main com­mit­ted to the con­tin­ued study of Keytru­da for gas­tric can­cers and find­ing new op­tions for pa­tients fac­ing this dif­fi­cult-to-treat can­cer type across var­i­ous treat­ment set­tings,” said Roy Baynes, chief med­ical of­fi­cer at Mer­ck Re­search Lab­o­ra­to­ries, in a state­ment.