Droves of House De­moc­rats in Wash­ing­ton and mem­bers of the Eu­ro­pean Par­lia­ment have now glommed on­to a ma­jor push by In­dia and South Africa at the WTO to abol­ish all IP around Covid-19 vac­cines.

But when you be­gin to con­sid­er how this is sup­posed to play out in the re­al world, how the tech trans­fer will take time and en­er­gy and en­gage­ment from the very com­pa­nies that would lose their IP, how the le­gal chal­lenges and lo­gis­tics will com­pli­cate every­thing fur­ther, and how the man­u­fac­tur­ing site num­bers don’t re­al­ly make sense, it’s easy to won­der why there’s such a big push for this. 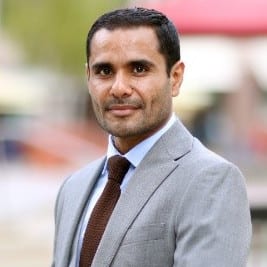 Sounds great, but no one has come call­ing.

Some have not­ed that Mod­er­na doesn’t own every patent used in its vac­cine. Tahir Amin, an IP lawyer at the fore­front of push­ing for the waiv­er, al­so has ex­plained at length how man­u­fac­tur­ers need more than just the patents, say­ing oth­er vac­cine man­u­fac­tur­ers could scale up in about 6 to 8 months.

But where? What oth­er man­u­fac­tur­ers? Even Pfiz­er and Mod­era took longer than 6 to 8 months to re­al­ly ramp up.

So we’re go­ing to dis­rupt Pfiz­er and Mod­er­na, which to­geth­er are pro­duc­ing al­most 10 bil­lion dos­es of Covid-19 vac­cines over the next two years in fa­cil­i­ties that have been cleared by the top reg­u­la­tors in the world, so Bi­ol­yse can make 20 mil­lion dos­es in a year?

Even if there are hun­dreds of oth­er man­u­fac­tur­ing sites like Bi­ol­yse (which, by the way, was shut down by Health Cana­da in 2014) around the world, who’s go­ing to man­date the tech trans­fer, and who’s go­ing to en­sure the sites are built and per­form­ing prop­er­ly?

Pres­i­dent Biden said Tues­day af­ter­noon that by Ju­ly 4, the US will do­nate 10% of its Covid-19 vac­cine stock­pile to the rest of the world. And ear­li­er this week, Mod­er­na pledged 500 mil­lion dos­es for low-in­come coun­tries. Biden’s chief med­ical ad­vis­er Tony Fau­ci told the Fi­nan­cial Times this week that while he’s ag­nos­tic on the waiv­er, he warned it could back­fire in­to a long le­gal bat­tle.

Right now, the cam­paign­ing for the IP waiv­er in the US seems to be a lot more about bash­ing Big Phar­ma than try­ing to ac­tu­al­ly in­crease vac­cine dos­es for the need­i­est. A long le­gal bat­tle with com­pa­nies like Pfiz­er and Mod­er­na isn’t go­ing to help bring the world more Covid-19 vac­cine dos­es.