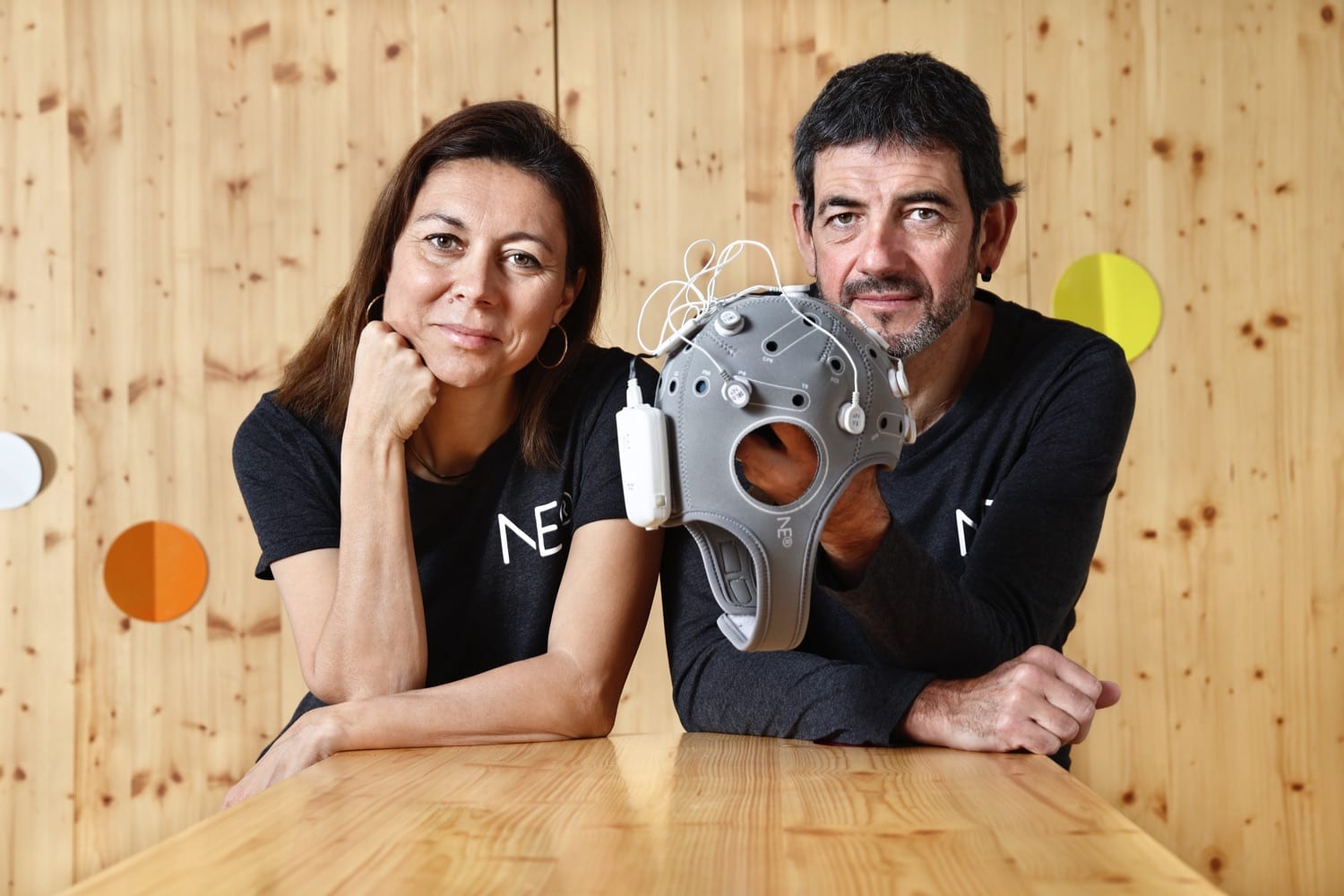 Neu­ro­electrics is no start­up. The first stage of its life took about a decade, when the com­pa­ny sus­tained it­self by sell­ing its non-in­va­sive de­vice — a head scarf cov­ered in elec­trodes and wires — to re­searchers around the world, get­ting to a point where they earned $5 mil­lion rev­enue last year.

They al­so man­aged to start some pi­lot clin­i­cal stud­ies and with Morn­ing­side’s back­ing, they ex­pect to fin­ish the piv­otal leg of the epilep­sy tri­al and pave the way to com­mer­cial­iz­ing the de­vice as a treat­ment.

“Ul­ti­mate­ly I think we will be­come a huge brain da­ta com­pa­ny,” Ana Maiques, co-founder and CEO, told End­points News from Barcelona, where the de­vices are man­u­fac­tured. The clin­i­cal work, mean­while, takes place in Boston.

Every time a new pa­tient tries Neu­ro­electrics’ de­vice, she ex­plained, the com­pa­ny gets an MRI and EEG so that an 18-per­son team can get to work build­ing a 3D mod­el. From there, they de­vise a per­son­al­ized pro­to­col spec­i­fy­ing how many elec­trodes and how much cur­rent they need and where.

There are lim­its to where the tech­nol­o­gy can go, she ad­mit­ted. It will like­ly have lit­tle ef­fect, for in­stance, in dis­eases like Parkin­son’s where the source of tremor lies deep in the brain. But if Neu­ro­electrics proves its de­vices ef­fec­tive in even a frac­tion of the in­di­ca­tions they are go­ing af­ter — Alzheimer’s, autism, AD­HD — they could be open­ing up a no­to­ri­ous field that’s blown up count­less drug de­vel­op­ment ef­forts.

“With these tech­nolo­gies, we have a unique op­por­tu­ni­ty to pro­vide a nov­el treat­ment but to learn day af­ter day what is the im­pact of these treat­ments in re­al time,” she said.