The move comes just 16 months af­ter Hugh-Jones joined Pfiz­er’s on­col­o­gy arm. Be­fore that, he was a long timer at Sanofi in New Jer­sey, where he held sev­er­al ex­ec­u­tive roles, end­ing up at chief med­ical of­fi­cer in North Amer­i­ca. 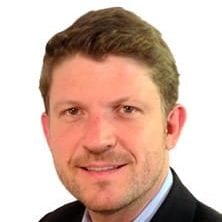 “Al­ler­gan is in a po­si­tion to launch a num­ber of im­por­tant new prod­ucts over the next cou­ple of years. Charles will play a crit­i­cal role in sup­port­ing the safe, ef­fec­tive and prop­er use of these in­no­v­a­tive treat­ments among pa­tients and their physi­cians,” Nichol­son said in a state­ment.

Hugh-Jones was trained in both neu­ro­science and med­i­cine at Lon­don Uni­ver­si­ty, be­com­ing board cer­ti­fied in in­ter­nal med­i­cine and then en­ter­ing the ra­di­ol­o­gy fel­low­ship pro­gram at the Roy­al Post­grad­u­ate Med­ical School in Lon­don. He prac­ticed med­i­cine for 8 years in the UK pri­or to join­ing the phar­ma­ceu­ti­cal in­dus­try.

In a state­ment, Hugh-Jones said he was ex­cit­ed by the breadth of Al­ler­gan’s port­fo­lio and pipeline of ther­a­pies, which he says “holds great promise for pa­tients in mul­ti­ple ther­a­peu­tic ar­eas.”

Secretary of health and human services Alex Azar speaking in the Rose Garden at the White House (Photo: AFP)
September 20, 2020 10:16 AM EDTUpdated 15 hours ago
Pharma