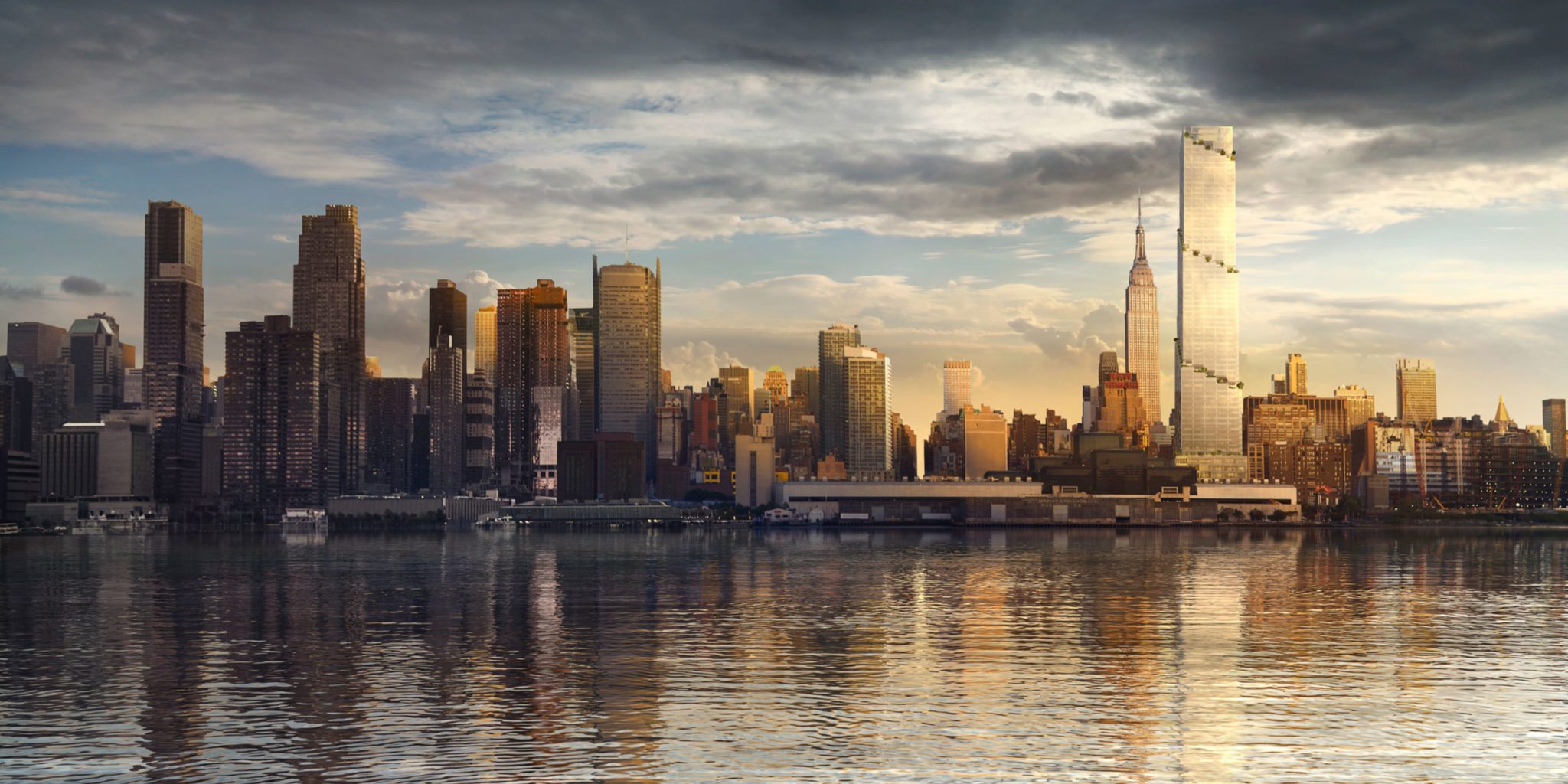 Pfiz­er’s move, which is ex­pect­ed in 2022, will take em­ploy­ees out of a less-than-glam­orous build­ing at 235 East 42nd Street. The pre­vi­ous head­quar­ters has been the com­pa­ny’s home since 1961. Al­though rather dat­ed in style, the build­ing was ex­pan­sive, with Pfiz­er oc­cu­py­ing 33 sto­ries and 1 mil­lion square-feet of space.

It was re­port­ed last sum­mer that Pfiz­er would need 800,000 square-feet of space at its new lo­ca­tion at The Spi­ral, but the com­pa­ny did not re­port de­tails of its lease oth­er than the num­ber of floors it would oc­cu­py. Pfiz­er has not yet re­spond­ed to our in­quiry for de­tails.

It’s pos­si­ble that Pfiz­er will need less ac­tu­al square-footage than its pre­vi­ous lo­ca­tion, con­sid­er­ing the now-dom­i­nant style of wide open floor plans and “col­lab­o­ra­tive” spaces in of­fice de­sign. It’s a trend be­ing adopt­ed by com­pa­nies in every in­dus­try, and life sci­ence is not ex­cep­tion. GSK, Bris­tol-My­ers, As­traZeneca, No­var­tis, Roche, and oth­ers have all made moves in­to build­ings with sim­i­lar spaces.