Re­searchers to­day fol­lowed up pos­i­tive top-line da­ta with the news that tafamidis spurred a 30% drop in mor­tal­i­ty risk along with a 32% re­duc­tion in the risk of car­dio-re­lat­ed hos­pi­tal­iza­tion.  That’s good enough to win over a key crowd of top an­a­lysts, but you can bet that there will be plen­ty of ques­tions to­day as every­one hunts for the dev­il in the de­tail. And Al­ny­lam wast­ed no time in rais­ing doubts about the da­ta, which is like­ly go­ing to re­lieve in­vestors fret­ting over the com­pe­ti­tion.

But some ques­tions re­main. And at first blush Al­ny­lam got a quick thumbs up for re­main­ing com­pet­i­tive as a mar­ket show­down looms be­tween the lead­ers in the field.

Per­haps most sig­nif­i­cant­ly, Al­ny­lam al­so be­lieves that this field is pri­mar­i­ly a growth op­por­tu­ni­ty, as new and bet­ter di­ag­noses iden­ti­fy a grow­ing group of pa­tients for both. In that sce­nario, pa­tients and physi­cians can make their own choic­es as all the biotechs ben­e­fit.

You can get more de­tails in the study pub­lished in the New Eng­land Jour­nal of Med­i­cine.

In­vestors seem fair­ly hap­py ini­tial­ly with both sides. Al­nyam shares jumped 16% by the end of the day — a re­lief ral­ly — while Pfiz­er stock end­ed down a cou­ple of points. 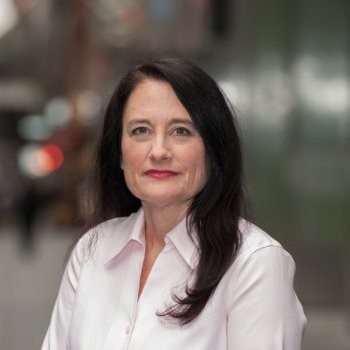 Re­searchers of­fered pooled da­ta for two dos­es of the drug — an 80 mg and 20 mg reg­i­men — rather than break­ing the re­sults out in­to dosage groups, leav­ing it un­like­ly that they saw a clear dose re­sponse. An­a­lysts will be fol­low­ing up Pfiz­er’s state­ment to­day with more ques­tions on how the ther­a­py worked. But it’s clear that Pfiz­er will be claim­ing an ad­van­tage here, pro­vid­ing one rea­son for CEO Ian Read’s re­cent vote of con­fi­dence that the com­pa­ny’s late-stage pipeline can pro­vide the big drugs it needs to keep rev­enue on the up­swing.

What we al­so didn’t get im­me­di­ate­ly was much de­tail on safe­ty da­ta. The drug arm and place­bo had a “com­pa­ra­ble” safe­ty pro­file, the com­pa­ny re­port­ed.

Cred­it Su­isse has es­ti­mat­ed peak sales at $600 mil­lion, with a shot at more un­der cer­tain cir­cum­stances. The big ques­tion now is how much Al­ny­lam — whose drug On­pat­tro was ap­proved for TTR polyneu­ropthay — might be af­fect­ed by the com­pe­ti­tion. Ac­cord­ing to the an­a­lysts:

Pfiz­er, though, al­so faces a chal­lenge in get­ting physi­cians to do a much bet­ter job at di­ag­nos­ing TTR-car­diomy­opa­thy. But their de­ci­sion to be­gin a wide-open ex­pand­ed ac­cess pro­gram is a clear shot over Al­ny­lam’s bow. The drug is al­ready ap­proved as Vyn­daqel and on the mar­ket to treat fa­mil­ial amy­loid polyneu­ropa­thy.