Like you’d want to see from a biosim­i­lar, PF-05280586’s tri­al met its pri­ma­ry end­point and showed equiv­a­lence in over­all re­sponse rate for pa­tients with CD20-pos­i­tive fol­lic­u­lar lym­phoma. 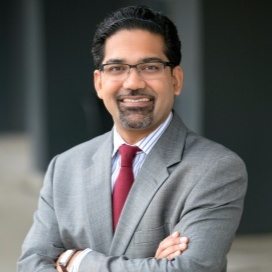 Con­sid­er­ing its loss of patent pro­tec­tions for core brands like Lip­i­tor and Vi­a­gra, in­vest­ing in biosim­i­lars is a growth strat­e­gy for Pfiz­er. Biosim­i­lars, a pur­port­ed $10 bil­lion to $30 bil­lion glob­al mar­ket op­por­tu­ni­ty, is the com­pa­ny’s new tar­get.

Years ago, Pfiz­er got FDA ap­proval for In­flec­tra, its knock­off of J&J’s Rem­i­cade. Now it’s tak­ing on Roche’s can­cer port­fo­lio: Her­ceptin, Avastin, and Rit­ux­an. That’s large­ly due to the com­pa­ny’s 2015 ac­qui­si­tion of Hos­pi­ra, which was de­vel­op­ing biosim­i­lars for those drugs. US sales for these bi­o­log­ics was around $9.5 bil­lion in 2016. Since copy­cats are priced 20% un­der, some have spec­u­lat­ed that Pfiz­er is look­ing at a $7.5 bil­lion ad­dress­able mar­ket.

But as Pfiz­er puts the squeeze on Roche and J&J’s rev­enue, these drug­mak­ers are fight­ing back.

Roche launched a le­gal bat­tle against Pfiz­er for its Her­ceptin copy­cat, al­leg­ing Pfiz­er had in­fringed on 40 of Roche’s patents. The back­lash makes sense. Her­ceptin sales makes up a big chunk of the Roches’s to­tal rev­enue, bring­ing in about $2.5 bil­lion in sales last year (or 5% of to­tal rev­enue).

J&J, on the oth­er hand, has made deep cost cuts to Rem­i­cade to keep Pfiz­er’s ri­val biosim­i­lar at bay. Pfiz­er sued J&J al­leg­ing the com­pa­ny was us­ing “ex­clu­sion­ary con­tracts” that barred Pfiz­er from reach­ing most pa­tients. Pfiz­er got some good news on that bat­tle front ear­li­er this week, as a US ap­peals court up­held a rul­ing that in­val­i­dat­ed a key patent for Rem­i­cade.