Pharnext rare dis­ease drug scores in late-stage study, tee­ing up ap­pli­ca­tions at the FDA and EMA

French drug de­vel­op­er Pharnext SAS says their cru­cial late-stage study has come through with sig­nif­i­cant re­sults for a new drug to ad­dress a rare neu­ro­log­i­cal dis­ease that has so far elud­ed treat­ment. The com­pa­ny’s stock (EPA: $AL­PHA) soared 25% Tues­day morn­ing af­ter it an­nounced that the ex­per­i­men­tal treat­ment for Char­cot-Marie-Tooth (CMT) dis­ease was com­pelling enough to ap­ply for FDA and EMA ap­proval.

CMT is an in­her­it­ed dis­ease caused by gene mu­ta­tions that re­sult in pe­riph­er­al nerve dam­age, and is char­ac­ter­ized by the pro­gres­sive mus­cle wast­ing of the ex­trem­i­ties as well as sen­so­ry loss. Cur­rent­ly, pa­tients are treat­ed with or­tho­pe­dic de­vices, phys­i­cal ther­a­py and pain killers. There ex­ist no treat­ments that di­rect­ly tar­get the dis­ease, and the most com­mon 1A form of the dis­ease af­fects at least 125,000 peo­ple in the US and EU. 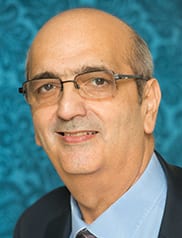 Pharnext plans to file for mar­ket­ing ap­proval first with the FDA, Co­hen told End­points News, and ex­pects the drug will of­fi­cial­ly hit the mar­ket by 2020, but in­tends to make the drug avail­able to pa­tients soon­er via ear­ly-ac­cess pro­grams. His ap­proach to pric­ing is al­so strik­ing­ly dif­fer­ent.

Co­hen has long sug­gest­ed that he is against the stan­dard in­dus­try ap­proach to rare drug pric­ing, in which treat­ments for rare dis­eases typ­i­cal­ly ex­ceed $100,000 per pa­tient per year.

PXT-3003, which has pro­cured or­phan drug des­ig­na­tions in the US, EU and Chi­na, is al­so be­ing eval­u­at­ed in an on­go­ing fol­low-up ex­ten­sion study that’s ex­pect­ed to pro­duce re­sults in the sec­ond half of next year, and a pe­di­atric study is set to com­mence in the first half of 2019. Mean­while, Pharnext’s sec­ond drug in de­vel­op­ment, PXT864, is be­ing eval­u­at­ed as a treat­ment for Alzheimer’s and Lou Gehrig’s dis­ease.

Pharnext rare dis­ease drug scores in late-stage study, tee­ing up ap­pli­ca­tions at the FDA and EMA