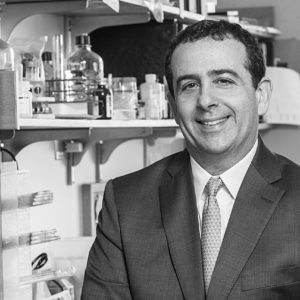 Once the team showed that the SIK in­hibitor had stim­u­lat­ed the path­way to pro­duce melanin in red-haired mice — who, like red-haired hu­mans, gen­er­al­ly don’t tan — they worked with Nathaneal Gray, vice chair of re­search in pe­di­atric on­col­o­gy at Dana Far­ber, to find a small mol­e­cule SIK in­hibitor that was able to pen­e­trate hu­man skin. They rubbed the drug on­to skin sam­ples for eight days, and showed a grad­ual dark­en­ing of the skin. Af­ter they stopped, there was a grad­ual light­en­ing — just like a re­al tan.

If the mol­e­cule grad­u­ates in­to the clin­ic, it’ll face long odds against an un­yield­ing late-stage fail­ure rate. Should it be­come a prod­uct, some con­sumers might find this mol­e­cule ap­peal­ing for cos­met­ic rea­sons, as it cre­ates a tan us­ing the body’s nat­ur­al mech­a­nism for col­or­ing skin.

Ex­cept MGH re­searcher David Fish­er tells BBC News: “[Our] re­al goal is a nov­el strat­e­gy for pro­tect­ing skin from UV ra­di­a­tion and can­cer … dark pig­ment is as­so­ci­at­ed with a low­er risk of all forms of skin can­cer — that would be re­al­ly huge.”