We’ve al­ready seen No­var­tis’ out­line of pos­i­tive da­ta un­der­scor­ing canakinum­ab’s abil­i­ty to re­duce risks for car­dio pa­tients by tamp­ing down on the in­ter­leukin-1β path­way. Now re­searchers have al­so out­lined how it may help peo­ple suf­fer­ing from gout. 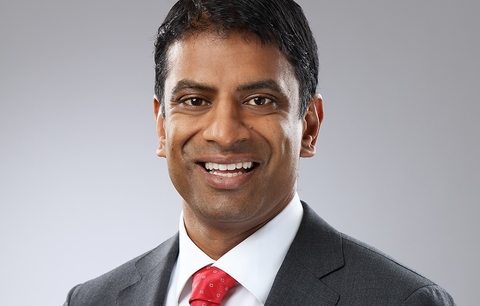 The da­ta are com­ing from a sec­ondary analy­sis of the big CAN­TOS study, which No­var­tis is us­ing to make its bid for a po­ten­tial block­buster car­dio OK. In­ves­ti­ga­tors divvied up pa­tients by low, medi­um and high scores based on their serum urate lev­el, which trig­gers painful gout flares. And they found the drug slashed the rate of gout flares by more than half in all three com­pared to place­bo, with a haz­ard ra­tio start­ing at 0.40, then 0.48 and 0.45 for the high group.

Back in No­vem­ber, No­var­tis’ $NVS then de­vel­op­ment chief and now CEO Vas Narasimhan said that the drug proved more clear­ly im­pact­ful for heart at­tack pa­tients whose hsCRP lev­el — a mea­sure of in­flam­ma­tion us­ing high-sen­si­tiv­i­ty C-re­ac­tive pro­tein — fell be­low 2mg/L af­ter three months of treat­ment. By that score, they tracked a 31% re­duc­tion in car­dio­vas­cu­lar death and a 31% re­duc­tion in all-cause mor­tal­i­ty.

Canakinum­ab is cur­rent­ly ap­proved for rare in­flam­ma­to­ry con­di­tions, but No­var­tis has a much, much big­ger mar­ket in mind.