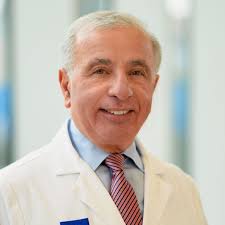 In­ves­ti­ga­tors in the Phase Ib tri­al used mul­ti­ple as­cend­ing dos­es of PRX002/RG7935 in Parkin­son’s pa­tients and found that a sin­gle dose could slash free serum al­pha-synu­cle­in lev­els by up to 97%, with the re­sponse main­tained af­ter two month­ly dos­es.

That’s a snap­shot of bio­mark­er ac­tiv­i­ty, which is cer­tain­ly no guar­an­tee of suc­cess in mid-stage tri­als. Com­pa­nies like Roche have been try­ing, with­out suc­cess over the last 14 years, to mod­i­fy Alzheimer’s by re­mov­ing amy­loid be­ta in the brain — which is a re­lat­ed strat­e­gy. But it’s what these two part­ners were look­ing for be­fore mov­ing in­to Phase II.

The drug is a stand­out in the field, which has been cen­tered heav­i­ly on add-on drugs to the symp­to­matic ther­a­py lev­odopa in re­duc­ing “OFF” times. Newron just ob­tained an ap­proval for Xada­go, which fits in­to the new class of symp­to­matic add-ons.