Roche sells off its strug­gling IL-13 drug le­brik­izum­ab in $1.4B Der­mi­ra deal

Af­ter watch­ing its late-stage asth­ma pro­gram for its IL-13 drug le­brik­izum­ab floun­der with mixed and marked­ly unim­pres­sive re­sults, Roche is out­li­cens­ing the bulk of the de­vel­op­ment rights to Der­mi­ra $DERM in a $1.4 bil­lion deal — which starts off with $135 mil­lion in near-term cash.

Der­mi­ra is plan­ning to hus­tle its new drug di­rect­ly in­to a Phase IIb study for atopic der­mati­tis so it can line up a dose as quick­ly as pos­si­ble that re­searchers can take in­to Phase III.

The bloom came off the rose on le­brik­izum­ab in ear­ly 2016, when it scored one win and one loss in iden­ti­cal Phase III stud­ies for asth­ma. The set­back came as Re­gen­eron/Sanofi were rack­ing up stel­lar da­ta from a slate of tri­als for Dupix­ent — ap­proved for atopic der­mati­tis in late March — as ri­vals from As­traZeneca, Te­va and GSK were ei­ther en­ter­ing the mar­ket or in late-stage de­vel­op­ment. 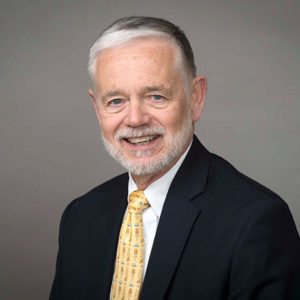 The re­sults were pub­lished in The Lancet Res­pi­ra­to­ry Med­i­cine, which al­so con­clud­ed that Roche’s two Phase III stud­ies for le­brik­izum­ab fell far short of the bar on ef­fi­ca­cy. A sum­ma­ry con­demns the drug with slight crit­i­cism:

Ever­core ISI’s Umer Raf­fat says he was in­trigued by the Phase II atopic der­mati­tis da­ta on this drug, which looks com­pa­ra­ble to Dupix­ent but may not stand up for the land haul.

Find­ing out what this drug can do in atopic der­mati­tis won’t come cheap. Af­ter you add in the ear­ly pay­ments to Roche, Der­mi­ra says it will spend about $200 mil­lion on land­ing the Phase IIb da­ta. At that point, it will have a much bet­ter idea of where it stands.

Roche sells off its strug­gling IL-13 drug le­brik­izum­ab in $1.4B Der­mi­ra deal