Back in late 2019, FerGene looked golden. It had a gene therapy for bladder cancer — spun out of Ferring — at the FDA, with a priority review and breakthrough status indicating that great things awaited on the near horizon.

Ferring backed up the venture with $170 million, with Nick Galakatos’ Blackstone Life Sciences chipping in another $400 million with great fanfare to get the company running. David Meek jumped from the CEO job at Ipsen to run it all, and a little over a year ago much of the executive team was assembled to bring it all home.

A press release referred to it as simply, “the incident.” But a fire at an Olainfarm site in Latvia last week has left one person dead, and injured another, the company announced Monday.

Just before midnight Nov. 26, a fire broke out in the production building of JSC Olainfarm,  as the result of an “accident,” a company spokesperson said in an email to Endpoints News. The two victims were both company employees, and the causes of the accident are still being determined. 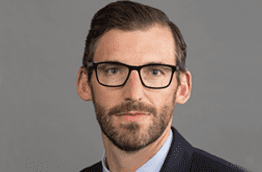 Fu­ji­film Diosynth dumps an­oth­er $454M in­to its sup­ply chain, this time at a fa­cil­i­ty in the UK

Fujifilm Diosynth Biotechnologies is in the middle of a monumental point in the company’s 10-year history, and the CDMO is about to grow even more, as it sets out to be the “beating heart” of the UK’s North East Life Sciences ecosystem.

A site in Billingham, Teeside, UK will receive a $453.72 million investment package from the manufacturer to double the existing footprint and create the largest multi-modal biopharmaceutical manufacturing site in the UK, bringing another 350 jobs to the region by late 2023.

Fu­ji­film Diosynth dumps an­oth­er $454M in­to its sup­ply chain, this time at a fa­cil­i­ty in the UK