A promi­nent group of sci­en­tif­ic in­ves­ti­ga­tors has tak­en an­oth­er step to­ward a pos­si­ble even­tu­al cure for HIV — one of the longest and most dif­fi­cult trails in drug R&D — us­ing a com­bo drug from Gilead.

Gilead’s ex­per­i­men­tal TLR7 ag­o­nist GS-9620 did the shock­ing, and the an­ti­body PGT121 did the killing. And while they weren’t able to erad­i­cate the reser­voirs, the re­searchers were able to do a good enough job to al­low close to half the mon­keys in the com­bo arm of the study to go with­out an­ti­retro­vi­ral for a lengthy stretch, rais­ing the promise that the same might be ac­com­plished in a large sub­set of hu­man pa­tients. 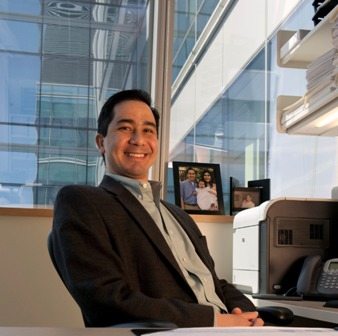 To test this ap­proach, in­ves­ti­ga­tors took 44 mon­keys in­fect­ed with a simi­an form of the virus and di­vid­ed them in­to 4 groups. They left one group in the place­bo arm, di­vid­ing the rest in­to two groups which were treat­ed with one of the two treat­ments alone and one group tak­ing a com­bi­na­tion. Then they took them off ther­a­py.

While the virus in most of the mon­keys in the place­bo or two monother­a­py arms quick­ly re­bound­ed, ready to kill as ever, 5 of the 11 pri­mates in the com­bo arm were able to go at least 168 days with­out re­bound­ing, with the oth­er 6 re­bound­ing but then able to sup­press the virus with­out an­ti­retro­vi­ral ther­a­py (ART).

Gilead has now ad­vanced the two treat­ments in Phase I stud­ies as they start to test how hu­mans will re­spond. Non­hu­man pri­mates have long been con­sid­ered an ide­al mod­el for an­tivi­ral ther­a­pies.