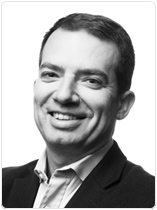 Af­ter rais­ing $1.9 bil­lion from a host of deep-pock­et in­vestors and part­ners, the uni­corn biotech has be­come the sub­ject of in­tense in­ter­est, par­tic­u­lar­ly in Boston biotech cir­cles. And Mod­er­na’s re­luc­tance to de­tail its work in the past has left the biotech with a rep among some re­porters as a se­cre­tive, pun­ish­ing place that has seen off a string of staffers who couldn’t main­tain the fren­zied pace.

Mod­er­na CEO Stephane Ban­cel, though, says that at­tack is un­war­rant­ed. His pre­sen­ta­tion at JP Mor­gan is in­tend­ed to shine a light on what the com­pa­ny’s top prospects are as it preps for its first clin­i­cal da­ta.

Ban­cel’s strat­e­gy is sim­ple: In­stead of fo­cus­ing on a sin­gle lead ef­fort, the pri­vate biotech chose to ramp up a full pipeline of clin­i­cal pro­grams. If one fal­ters, oth­ers can step up to make the case that mR­NA is on its way to de­liv­er­ing a new ap­proach to ther­a­peu­tic de­vel­op­ment with a vast ar­ray of po­ten­tial tar­gets.

“Peo­ple are go­ing to re­al­ize one day that mR­NA is a very good way to make med­i­cines,” Ban­cel says. “We are play­ing a very long game, a 10, 20-year game. We are a very in­tense com­pa­ny. We want to get those drugs for pa­tients.” And that means tack­ling dis­eases like Zi­ka with their tech­nol­o­gy.

One of the com­pa­ny’s most promi­nent crit­ics, Stat’s Dami­an Garde, re­port­ed to­day that safe­ty is­sues hob­bled a ther­a­py for Crigler-Na­j­jar syn­drome — part­nered with Alex­ion — which Ban­cel promised a year ago would get in­to the clin­ic in 2016. That safe­ty is­sue, Garde added, raised fresh ques­tions about Mod­er­na’s high-stakes gam­ble on mR­NA, un­der­min­ing its $5 bil­lion val­u­a­tion it has en­joyed while rais­ing a moun­tain of cash.

Ban­cel tells me that a long-an­tic­i­pat­ed move to cash in on their val­u­a­tion through an IPO, though, won’t be hap­pen­ing this year.