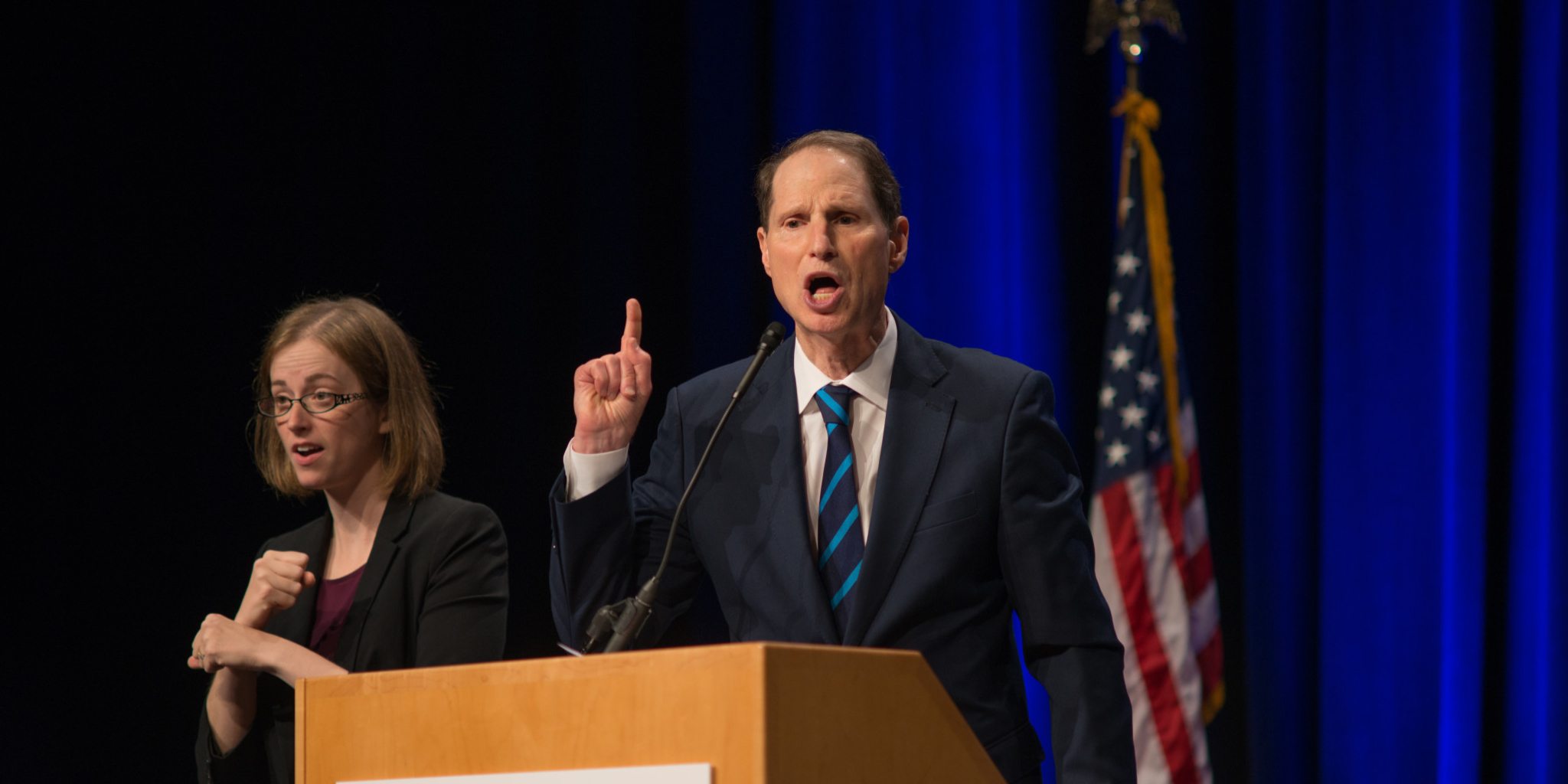 In a let­ter dat­ed Fri­day, Wyden out­lined a se­ries of big busi­ness is­sues No­var­tis $NVS had in front of the fed­er­al gov­ern­ment since it arranged the con­tract and hand­ed over about $100,000 a month in 12 pay­ments end­ing in Feb­ru­ary. Now the sen­a­tor wants a de­tailed out­line of who at No­var­tis was re­spon­si­ble for set­ting up the re­la­tion­ship and a copy of all the in­ter­ac­tions the com­pa­ny had with him — in let­ters, emails or any oth­er form.

“What de­liv­er­ables was the com­pa­ny seek­ing to gain?” he asks in the let­ter, first post­ed by STAT.

In an in­ter­view on CNN, Wyden bast­ed the deal with No­var­tis.

“What Amer­i­ca has seen here rais­es the specter of cor­rup­tion in the White House,” the sen­a­tor said Thurs­day, re­fer­ring to the deal as a cor­po­rate shake­down by a gov­ern­ment for sale. “I want to know what No­var­tis thought it was buy­ing for the $1.2 mil­lion.”

A spokesman for No­var­tis re­spond­ed to a query from End­points News, not­ing: “We an­tic­i­pat­ed this let­ter which we just re­ceived and plan to ful­ly co­op­er­ate.”

No­var­tis has mount­ed an en­er­getic de­fense of CEO Vas Narasimhan since the is­sue first came to light ear­li­er in the week. Ex­ec­u­tives have not­ed in a range of in­ter­views with Stat and NBC and CBS that it was Joe Jimenez, the CEO un­til the be­gin­ning of Feb­ru­ary, who was con­tact­ed by Co­hen and di­rect­ed com­pa­ny of­fi­cials to line up the re­la­tion­ship and start mak­ing pay­ments.

With a new ad­min­is­tra­tion com­ing in, ba­si­cal­ly, all the tra­di­tion­al con­tacts dis­ap­peared and they were all new play­ers. We were try­ing to find an in­road in­to the ad­min­is­tra­tion. Co­hen promised ac­cess to not just Trump, but al­so the cir­cle around him. It was al­most as if we were hir­ing him as a lob­by­ist.

Jimenez has not re­spond­ed to sev­er­al at­tempts to reach him, and a com­pa­ny spokesper­son tells me they no longer have con­tact in­for­ma­tion.

“We made a mis­take en­ter­ing in­to this en­gage­ment and as a con­se­quence are be­ing crit­i­cized by a world that ex­pects more from us,” Narasimhan wrote in a mes­sage to staffers. “Yes­ter­day was not a good day for No­var­tis.”