The com­pa­ny’s sci­ence re­volves around IL-15 — a cy­tokine crit­i­cal for the de­vel­op­ment, main­te­nance, and re­sponse of T cells, nat­ur­al killer (NK) cells, NK T cells, and den­drit­ic cells — that has gar­nered con­sid­er­able at­ten­tion in the im­muno-on­col­o­gy space. IL-15 is al­so be­ing rec­og­nized as a key fac­tor in the sur­vival of tis­sue res­i­dent mem­o­ry T cells — im­mune cells in­volved in dis­ease main­te­nance and re­cur­rence.

It is these res­i­dent mem­o­ry T cells — and oth­er cells types con­trolled by IL-15 that are cru­cial to the on­set and main­te­nance of a large num­ber of au­toim­mune, in­flam­ma­to­ry and im­mune-meta­bol­ic dis­eases — that are Ca­lyp­so’s fo­cus. Its lead drug, CALY-002, is be­ing primed for use in eosinophilic esophagi­tis (EoE), a chron­ic al­ler­gic/im­mune con­di­tion char­ac­ter­ized by an in­flamed esoph­a­gus. The ex­per­i­men­tal treat­ment, which could al­so be po­ten­tial­ly test­ed for NASH and atopic der­mati­tis, has al­ready se­cured or­phan drug sta­tus from US and EU reg­u­la­tors. 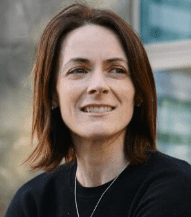 “(The) unique im­muno­log­i­cal in­sight and un­der­stand­ing for the role of IL15 in dis­ease brought by founders Alain Vic­ari and Yolande Chvatchko is now ready for trans­la­tion in­to a ther­a­py for pa­tients with EoE, for whom lim­it­ed ther­a­pies are avail­able to­day, as well as in sev­er­al large au­to-im­mune in­di­ca­tions,” said Inkef’s Fiona MacLaugh­lin in a state­ment.

The Ca­lyp­so team has al­so swelled. Bernard Coulie, CEO of Pli­ant Ther­a­peu­tics, is to be ap­point­ed as in­de­pen­dent chair­man of the board, while Bart Lam­brecht from the VIB-UGent Cen­ter for In­flam­ma­tion Re­search in Bel­gium is join­ing the com­pa­ny’s biotech sci­en­tif­ic ad­vi­so­ry board. In ad­di­tion, Arthur Franken from Gilde Health­care has been ap­point­ed to the com­pa­ny’s board.