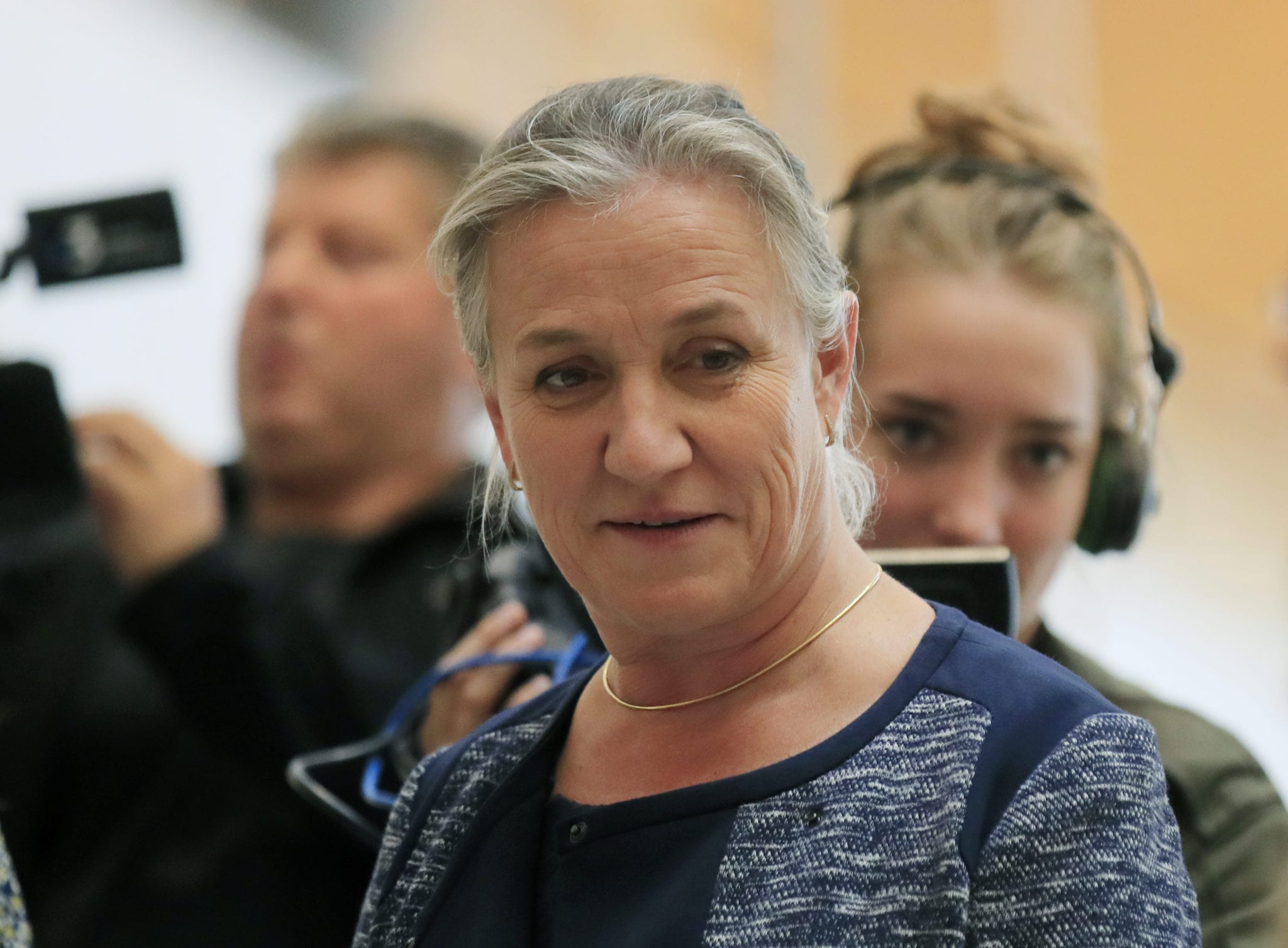 The drug, Me­di­a­tor (ben­flu­o­rex), was pulled out of French phar­ma­cies in 2009 af­ter 33 years on the mar­ket. A year lat­er, the French med­i­cine safe­ty agency an­nounced the drug was sus­pect­ed of caus­ing mul­ti­ple deaths, spark­ing out­rage, a crim­i­nal in­ves­ti­ga­tion and a se­ries of re­forms to the coun­try’s sys­tem of reg­u­lat­ing the phar­ma­ceu­ti­cal in­dus­try.

Servi­er ac­knowl­edged the deaths and said it was work­ing on com­pen­sat­ing vic­tims, al­ready hand­ing out €132 mil­lion ($146 mil­lion) in pay­ments. But it de­nied the charges that it mis­led the pub­lic and lied about the drug’s side ef­fects. The French drug reg­u­la­tor is al­so on tri­al, ac­cused of le­nien­cy and a fail­ure to act to pre­vent pa­tient deaths. The agency has said it will co­op­er­ate with the tri­al.

Some of these women found them­selves un­able to climb stairs and ex­posed to a host of car­dio­vas­cu­lar prob­lems. In ad­di­tion to the deaths, thou­sands are es­ti­mat­ed to be suf­fer­ing de­bil­i­tat­ing side ef­fects from the drug.

The drug, how­ev­er, re­mained on the mar­ket de­spite con­cerns and the re­moval of a sim­i­lar drug from the US mar­ket in 1997. Me­di­a­tor was pulled from sev­er­al coun­tries, in­clud­ing Italy and Spain, in the ear­ly 2000s, but didn’t leave the French mar­ket un­til 2009, two years af­ter French lung spe­cial­ist Irene Fra­chon re­viewed pa­tient records and found a link be­tween the drug and se­ri­ous heart and lung dam­age.

“The tri­al comes as huge re­lief,” Fra­chon told Reuters. “Fi­nal­ly, we are to see the end of an in­tol­er­a­ble scan­dal.”

Servi­er is the coun­try’s sec­ond-largest phar­ma­ceu­ti­cal com­pa­ny be­hind Sanofi. It makes a broad set of gener­ics and re­search­es new treat­ments on Alzheimer’s and on­col­o­gy. Last year, it bought Shire’s on­col­o­gy unit for $2.4 bil­lion.