On­ly 31 projects made it to Phase I RADx de­vel­op­ment, which in­volved four to six weeks of ini­tial tech­nol­o­gy val­i­da­tion. Sev­en have been pushed to Phase II so far, dur­ing which de­vel­op­ers will scale up fa­cil­i­ties, man­u­fac­ture tech­nolo­gies, and send prod­ucts to mar­ket. More than 20 of the com­pa­nies are still in Phase I, and could climb to Phase II in the com­ing weeks.

Dozens more pro­pos­als in the RADx “in­no­va­tion fun­nel” still have a shot at Phase I or II fund­ing. RADx mon­ey comes from a $1.5 bil­lion NIH ini­tia­tive an­nounced in April, which in­clud­ed $500 mil­lion ear­marked for di­ag­nos­tic de­vel­op­ment. 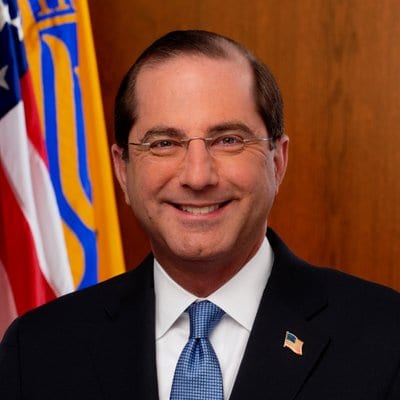 “RADx moved in­cred­i­bly quick­ly to se­lect promis­ing tech­nolo­gies through its ‘Shark Tank’ ap­proach, in­vest­ing in tech­nolo­gies that could boost Amer­i­ca’s best-in-the-world COVID-19 test­ing ca­pac­i­ty by mil­lions more tests per day,” HHS Sec­re­tary Alex Azar said in a pre­pared state­ment. “These tech­nolo­gies will help de­liv­er faster re­sults from labs and more and more test re­sults with­in min­utes at the point of care, which is es­pe­cial­ly im­por­tant for set­tings like schools and nurs­ing homes.”

The sev­en tech­nolo­gies cur­rent­ly in Phase II range from point-of-care to lab-based test­ing, and from nasal to sali­va sam­pling. The de­vel­op­ers span from Mass­a­chu­setts to Cal­i­for­nia. Each de­vel­op­er ei­ther has a pend­ing EUA ap­pli­ca­tion, or has re­ceived EUA from the FDA, which said it will pri­or­i­tize re­view of RADx projects.

Now it’s full steam ahead. With $15.4 mil­lion from RADx, Mesa will push the clin­i­cal de­ploy­ment of its test on an ac­cel­er­at­ed time­line.

The NIH’s $71 mil­lion con­tract will fund the ex­pan­sion of Quidel’s man­u­fac­tur­ing lines in San Diego, in­creas­ing its out­put from 84 mil­lion test cas­settes per year to more than 220 mil­lion. Quidel’s line of FDA-ap­proved as­says in the US in­cludes in­fluen­za A and B, res­pi­ra­to­ry syn­cy­tial virus (RSV), group A strep, and a 15-minute fin­ger-stick whole blood test for Ly­me dis­ease.

Mam­moth part­nered with Glax­o­SmithK­line in May to de­vel­op the CRISPR-based tests. The com­pa­ny en­vi­sioned a quick swab test for use in homes or even air­ports. The Uni­ver­si­ty of Cal­i­for­nia, San Fran­cis­co re­cent­ly re­ceived EUA ap­proval to use the DE­TEC­TR reagent set.