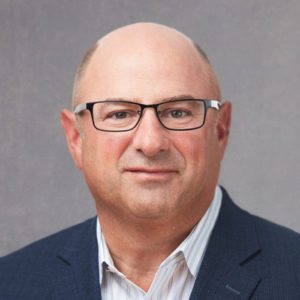 Sev­en years af­ter Copen­hagen-based Gen­mab inked a col­lab­o­ra­tion deal with Seat­tle Ge­net­ics, the US biotech has de­cid­ed to opt-in on a de­vel­op­ment part­ner­ship.

The pact struck in 2010 gave Gen­mab rights to Seat­tle Ge­net­ics an­ti­body-drug con­ju­gate tech so it could work on a new ap­proach for its Hu­Max-TF an­ti­body tar­get­ing the tis­sue fac­tor anti­gen. A year lat­er they struck a deal giv­ing Seat­tle Ge­net­ics an opt-in on ti­so­tum­ab ve­dotin, now in sev­er­al Phase I/II stud­ies for sol­id tu­mors, in­clud­ing re­cur­rent cer­vi­cal can­cer.

What­ev­er da­ta that ear­ly pro­gram has pro­duced was good enough to per­suade Seat­tle Ge­net­ics to agree to share the de­vel­op­ment costs and any prof­its 50/50.

Seat­tle Ge­net­ics has run in­to a se­ries of late-stage mishaps over the past year. The biotech was forced to scrap a Phase III study of vadas­tux­imab and halt a slate of oth­er tri­als as re­searchers puz­zled out what caused an im­bal­ance of deaths be­tween the drug and con­trol arms. Just a few weeks be­fore the June im­broglio, Seat­tle Ge­net­ics was al­so forced to throw the tow­el in on a $2 bil­lion deal to col­lab­o­rate with Im­munomedics, fur­ther lim­it­ing its late-stage ef­fort. Seat­tle Ge­net­ics’ main­stay fran­chise drug did score a win on front­line Hodgkin lym­phoma at the end of H1, but the gain was so mar­gin­al that some an­a­lysts fret­ted it looked like the kind of small ad­van­tage that may not be worth much com­mer­cial­ly.