Sev­er­al CEOs and 17 years lat­er, Melin­ta scores an FDA OK for its an­tibi­ot­ic 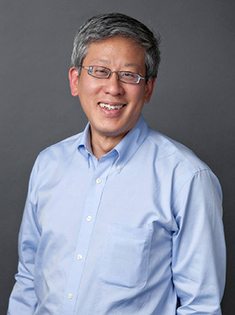 It’s tak­en 17 years and a long chain of CEOs, but pri­vate­ly held Melin­ta Ther­a­peu­tics has nabbed an FDA ap­proval for its an­tibi­ot­ic de­lafloxacin, which can now be sold as Baxdela.

Melin­ta is one of a few late-stage de­vel­op­ers in this space, look­ing to ad­dress the grow­ing de­mand for new an­tibi­otics in a world of grow­ing drug re­sis­tance. Za­vante tout­ed its own win in April, prep­ping an FDA ap­pli­ca­tion. Paratek hit a few days ahead of that biotech. But Cem­pra has had a ma­jor set­back to deal with.

The field has its at­trac­tions, but it’s not easy, which ex­plains an ab­sence of many large phar­ma play­ers on the R&D side. There are a num­ber of cheap, gener­ic an­tibi­otics avail­able for front­line use. And any new an­tibi­ot­ic is go­ing to face an up­hill bat­tle gain­ing trac­tion in this mar­ket.

Close to 70 years after Oxford scientists purified penicillin and confirmed its effect as an antibacterial drug, the university is establishing a new research institute at the forefront of combating antimicrobial resistance.

The Ineos Oxford Institute for AMR Research will initially be powered by a $136 million (£100 million) donation from Ineos, the UK-based chemicals giant founded by billionaire Jim Ratcliffe, that also plays a hand in manufacturing medical and pharma products.

Sev­er­al CEOs and 17 years lat­er, Melin­ta scores an FDA OK for its an­tibi­ot­ic