Al­though calls to turn bi­ol­o­gy in­to an en­gi­neer­ing dis­ci­pline have fre­quent­ly been met with dis­dain and frus­tra­tion by in­dus­try in­sid­ers, new play­ers con­tin­ue to emerge, un­de­terred, in search of ways to solve the no­to­ri­ous­ly in­ef­fi­cient process of drug de­vel­op­ment where things that work in labs of­ten fail to work in hu­mans. 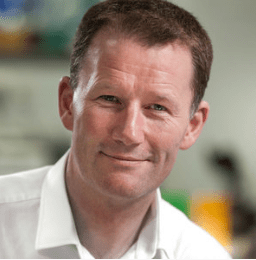 Hori­zons Ven­tures led the round — joined by Lu­mi­nous Ven­tures and SOSV among oth­ers — which will fund de­vel­op­ment of Syn­thace’s dig­i­tal-to-phys­i­cal work­flow plat­form as well as ramp up sales and mar­ket­ing ef­forts.

Much of the funds will be di­rect­ed to­ward re­cruit­ment with an aim to dou­ble the team to 90 em­ploy­ees in a mat­ter of months, adding both soft­ware en­gi­neers at its White City fa­cil­i­ties and com­mer­cial staffers in a new Sil­i­con Val­ley of­fice to be opened in 2019.

“An anal­o­gy is print­ing a PDF,” he writes over email. “It hard­ly oc­curs to us that we all use dif­fer­ent makes of print­ers. They work not be­cause they run the same soft­ware but be­cause of a dri­ver that trans­lates the PDF to be com­pat­i­ble with that print­er. With this fund­ing Syn­thace will in­vest in both ex­pand­ing the breadth of in­ter­op­er­a­ble lab equip­ment by writ­ing more of the nec­es­sary ‘dri­vers’ and de­vel­op­ing li­braries of high­ly op­ti­mized pro­to­cols.”