Un­til Spark Ther­a­peu­tics’ pi­o­neer­ing gene ther­a­py, Lux­tur­na, came along, pa­tients with re­tini­tis pig­men­tosa had few treat­ment op­tions. Even af­ter it was ap­proved, though, the ma­jor­i­ty were left with the ex­act same op­tions. 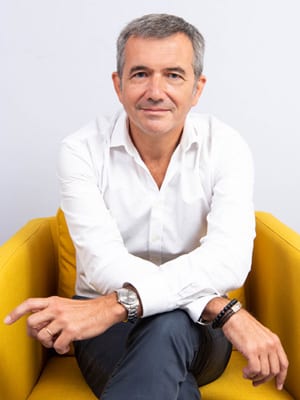 And they have $52 mil­lion-plus (€44.5 mil­lion) to re­al­ize that vi­sion steadi­ly over the next four or five years, with plans to com­plete both first- and sec­ond-in-hu­man tri­als. 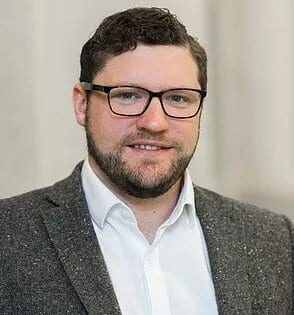 It won’t re­verse the dis­ease, but Spar­ingVi­sion is hop­ing it can slow or stop its pro­gres­sion.

The ap­proach paves a path that reach­es all 2 mil­lion RP pa­tients — a kind of “medi­um rare” in­di­ca­tion and broad­er ap­pli­ca­tion of gene ther­a­py fa­vored by 4BIO Cap­i­tal, said di­rec­tor of in­vest­ment Owen Smith. 4BIO co-led the round with UPMC En­ter­pris­es, the ven­ture arm of Pitts­burgh-based health sys­tem UPMC, where Sa­hel chairs the De­part­ment of Oph­thal­mol­o­gy.

Cur­rent­ly fo­cused on a sin­gle as­set, Spar­ingVi­sion now op­er­ates vir­tu­al­ly with­out labs or man­u­fac­tur­ing — every­thing is out­sourced and will be for a while — with all 12 of its staffers cur­rent­ly in France. Hav­ing re­cent­ly moved to Paris from the Bay Area, where he was work­ing on cor­po­rate strat­e­gy for Sang­amo fol­low­ing the sale of Tx­Cell two years ago, Bois­sel al­so plans to build a US-based team to start prepar­ing for that sec­ond-in-hu­man ef­fi­ca­cy tri­al.

“It’s eas­i­er to find tal­ents who have done it in the US than in Eu­rope, and I want­ed peo­ple who have done it,” he said. “So our CMO, our CTO, our head of trans­la­tion­al sci­ence will be based in the US.”

He en­vi­sions re­cruit­ing a lean team of very se­nior peo­ple, build­ing out to 20 or 25 as­sum­ing Spar­ingVi­sion sticks on­ly to SPVN06. With that pro­gram alone there’s po­ten­tial to go in­to dry AMD, where the neu­ro­pro­tec­tive mech­a­nism could be rel­e­vant. There is al­so a pos­si­bil­i­ty of bring­ing in new prod­ucts or tech­nolo­gies that would fit un­der ge­nom­ic med­i­cines for the eye, from gene re­place­ment to edit­ing to reg­u­la­tion. But it’s ear­ly days, and Bois­sel said the syn­di­cate — which al­so fea­tures Jeito Cap­i­tal, Ys­ios Cap­i­tal, Bpifrance and Foun­da­tion Fight­ing Blind­ness — isn’t ex­pect­ing a quick flip to the mar­ket.

It’s tak­en the com­pa­ny four years to get to where they are. The first clin­i­cal tri­al should be­gin next year in Eu­rope, while the ef­fi­ca­cy tri­al is planned for 2023.

“That is a very unique set­ting in a world where things are very of­ten go­ing too fast,” he said.